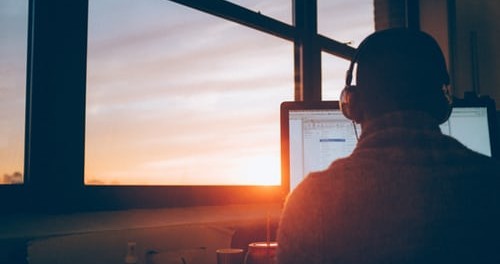 The majority of VPN providers will state that they do not keep any logs somewhere in their advertising material. Also known as a “logless service”, VPNs that do not maintain logs are sought-after for several reasons. By not keeping logs, the VPN service provider does not collect any of the information transmitted over the network by your internet usage. This means you are well-protected from an anonymity and privacy standpoint.

Many VPN providers will keep logs of their users’ activity including the amount of bandwidth used and the length of the connection to the VPN. VPN providers have their reasons for keeping these logs, such as capping user bandwidth and logging which websites are most frequently visited so they can place adverts strategically. A lot of VPN users are against this logging as they believe it interferes with the privacy they are expecting when using a VPN service, and this is one of the biggest reasons people look for a VPN service provider such as PIA that keeps no logs. “Logless” is also referred to as “zero logs” or “no logs” in marketing material and will very often attract VPN customers when they are comparing VPN providers. However, it is important to look at any VPN provider’s privacy policy to be sure that if they are boasting this type of service, that they truly are keeping no logs.

Some service providers, even though they claim to be logless will, in fact, keep some logs. Sometimes it may be as simple as gathering the names of the most frequently visited sites so that they can place their own adverts to attract new customers, or it could be as innocuous as using cookies on their own website. This is considered a standard part of any business, and these and other logs may be kept to back up a particular business model and funding requirement that may require additional data to support claims and forecasts.

Another factor for users to consider is how long the provider is actually keeping the logs for. They may only keep them for a period of 12, 24 or 48 hours, for example, and then all stored logs are automatically deleted after this time period. These could still be termed as logless VPN providers. On the other hand, some VPN providers will keep a variety of logs indefinitely and these are most definitely not classified as logless providers.

Private Internet Access (PIA) is one of the most popular VPN providers currently available. Established in 2010 by London Trust Media Inc., PIA has improved their VPN service over the past few years to be rated one of the best no log VPNs on the market. Part of the reason they are so great is thanks to their OpenVPN and 128-bit encryption which pips other VPNs to the post.

As mentioned above, some VPN service providers will keep only a few logs and then delete them after a short period of time, still describing themselves as a zero log VPN, which is not true. In contrast, PIA keeps no logs whatsoever. Not traffic logs, not metadata logs, not IP address logs, not even connection logs. They truly are a logless VPN service provider. PIA has been proven to put their customers first in terms of their logging and privacy policies. They really do respect their users’ concerns and store any browsing data on a SPECIAL null device which is a virtual device that is set up to act as if the data transmitted through it does not exist. After any data has been “written” to the virtual device it becomes impossible to retrieve. This ability not to log any information means a number of things for its users including the fact that if there were ever to be a court order against a particular user, PIA would be unable to hand over any data because it does not exist – PIA keeps no logs!

A note on PIA’s protocols

PIA’s encryption and security is second to none. Because they make use of several protocols including IPSec/L2TP, OpenVPN and PPTP, this lends PIA to being credible and dependable as a VPN service provider, not to mention their SOCKS5 proxy. Depending on requirements, users can choose one of PIA’s many protocols within the software, with ease.

PIA in a nutshell

To wrap up this post about logless VPN services and PIA as a recommended VPN service provider, we thought it would be helpful to include a few facts relating to their efficient service, apart from their numerous air-tight protocols and their zero log policy. PIA is available for users on Android, iOS, Mac, Windows and Linux, they allow up to 10 simultaneous connections and have an impressive 3,375 servers in a total of 32 countries worldwide   – and best of all, they are affordably priced.