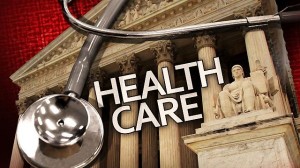 The House of Representatives last night voted to delay both the employer mandate and the individual mandate of Obamacare by one year.

The following are the perspectives of policy experts on that decision.

“President Obama is desperate to highlight any good news about his signature domestic policy because there has been so much bad news of late – much of which was delivered by his own administration. The realities of his flailing implementation effort have come in conflict with his promises again and again.

“He’s tied himself in knots, to the point that he’s even promising to veto a House-passed resolution that would make his delay of the employer mandate legal. Several Democrats crossed party lines to support the delay of the employer and individual mandate, because they know Obamacare’s new regime isn’t ready for unveiling.

“Instead of responsibly delaying implementation, the president is storming ahead, disregarding the warning signs and the law itself. He has tried again and again to sell Obamacare to the American people, but they aren’t buying, and that’s not going to change.”

“Who needs a bill if the president believes he can do whatever he wants? The individual market for insurance is already destroyed. People who want to keep their catastrophic coverage and pay the fine for being noncompliant are finding their policies cancelled.

“Delaying the employer mandate is likely to force still more people onto the exchanges, shortening the transition to the ultimate goal of total government ownership of your health care, called ‘single payer.’

“The House could defund the whole Obamacare disaster by not appropriating any money for it. Instead of playing PR games, that’s what it should do. Patients need to look into Christian cost-sharing ministries (which exempt them from the individual mandate) and critical illness policies to protect against catastrophes, and doctors need to become third-party free.”