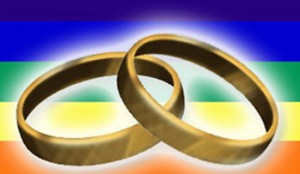 In an election year that should be focusing on the economy and jobs, social issues continue to make the dominant headlines. President Obama made historic news by declaring his support for same-sex marriage; drawing a distinct difference between himself and Mitt Romney, who says that marriage is still between a man and a woman. The announcement that President Obama and Vice President Joe Biden have made supporting gay marriage, appears to be just one more distraction for the American people. Has it not become obvious to everyone at this point (except maybe the Hollywood group) that the President wants to avoid talking about the economy? This President has had more intentional distractions than the back-room deals that Congress has become so well known for. Isn’t it time Americans force politicians to straighten out the mess they’ve created???

A recent Gallup poll indicated that more Americans slightly favor gay marriage as oppose it, by a 50 -48 margin. While the country is divided on the issue, young voters aged 18 to 34 favor the legalization of gay marriage 66 percent to 33 percent. So clearly Obama is banking on the youth vote.

Listen this is one Conservative who would like the government to stay out of our personal lives and concentrate on doing their job – for once!

Get Involved, Get Loud & Think on the Brink