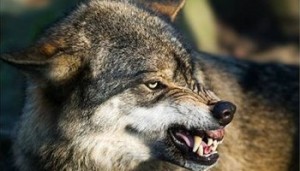 You’re hearing a great deal of our increasing deficit, debates over raising the debt ceiling and the bankrupting of America. But what does this all mean? It means that you’ll be paying more in taxes, more interest on money, your automobiles, your house and school loans will all cost you more. It means the cost of groceries and gas will affect you and your family. It means that Americans need to stand up, take notice and do something about it – obviously our political leaders seem incapable of handling the crisis.

If you look back historically over the last 40 years, you’ll discover that our debt has averaged 38 percent of our GDP, and in 2008 was at only 40 percent. Experts warn that the economy will slow to a crawl and serious risks will mount once the debt reaches between 90 and 100 percent.

So are we heading in the right direction? Well of course you already know the answer to that question! The Congressional Budget Office forecast that U.S. public debt is headed to 70 percent of our annual GDP by the end of the current fiscal year in September. Bottom line is the U.S. is headed in the same direction of a bankrupted Europe.

The European Union is at risk of disintegration and the Euro collapse is a real possibility. Seventeen euro zone countries have increased their debt to GDP from 79.3 percent in 2009 to 85.1 percent last year.

What’s even more interesting is that under the stability and growth pact, member states are supposed to ensure their debt does not exceed 60% of their GDP.

Yes trouble is lurking and as the argument continues between austerity measures or growth, countries are finding themselves in uncharted waters. These are tough times, no doubt, and you can expect more rough seas ahead if our political leaders continue to hide from the truth and deflect these burdens on future generations. There is one thing that can be done: FIRE THE POLITICIANS and start all over again. Possibly a clean sweep of both democrats and republicans within all senior positions might just be the only chance we have of fixing this ongoing disaster.