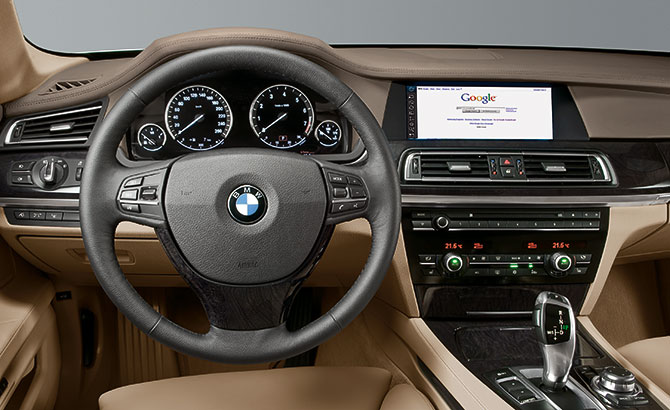 Distinguished members of IEEE, the world’s largest professional organization dedicated to advancing technology for humanity, believe that internet-enabled vehicles will play an instrumental role in improving the future of commuting. It is estimated that by 2025, 60 percent of the cars on the road will be internet connected, which will promote advanced safety features, upgraded vehicle software protection and the continued adoption of autonomous vehicles.

“With cars being equipped with blue tooth and the ability to interact with mobile devices, we’re already beginning to see car manufacturers implementing connected car technologies,” stated Jeffrey Miller, IEEE member and Associate Professor in the Computer Systems Engineering department at University of Alaska, Anchorage. “The widespread adoption of connected cars will allow consumers to treat their vehicles as just another one of their devices. Hosting mobile operating systems and purchasing data packages from wireless providers will be commonplace in the future.”

21st Century Safety
Internet-connected vehicles will also play a vital role in improving safety and convenience features. As technology supports the communication between people, we will also begin seeing a shift in how vehicles interact with each other, known as vehicle-to-vehicle communication. “Through vehicle-to-vehicle communication, cars will be able to travel in closer proximity at faster speeds, as well as automatically reroute to avoid hazardous weather conditions or congested roadways,” said Christoph Stiller, IEEE member and professor at Karlsruhe Institute of Technology, Germany. “Because of these features, human error will nearly be removed from driving, therefore making it a safer and more enjoyable experience.”

Hacked on the Highway?
As vehicles become more accepting of wireless communication, connected cars will become increasingly vulnerable to software hacks. “Hackers could potentially have the ability to affect audio features, disable the vehicle’s ignition, override braking systems and infect the software with Trojans and viruses,” said Kevin Curran, IEEE Senior Member and professor of Computing and Engineering at the University of Ulster, U.K. “In order to combat this, manufacturers need to begin setting firewalls in place to restrict access from integrated systems. There is a strong presence of interconnectivity between vehicle networks, so a breach in one network may cause havoc in another.”

Autonomous Vehicles and the Internet:  A More Productive Commute
The increased dependence on connected devices and the rise of the internet-enabled vehicle signifies that consumers will increase their trust and reliance on automated systems. This trend will promote increased adoption of autonomous vehicles, further justifying IEEE’s prediction made last year that 75 percent of the cars on the road would be autonomous by 2040.

“Trust in automated technology systems is the key to widespread adoption of autonomous vehicles,” said Alberto Broggi, IEEE Senior Member and professor of computer engineering at the University of Parma in Italy. “It’s amazing to think that just six years ago, smartphones did not exist and now people cannot live without them. This dependence that consumers have acquired will be the catalyst for autonomous vehicles, leading people to trust in automated technology.  Within the next five years, lanes will be dedicated for the specific use of autonomous vehicles.”

In the future, Broggi believes that driving will be more of a novelty where, “people will actually pay to drive cars manually similar to go carts.”