A self described “controversial” documentary is finishing one of the most successful Kickstarter fundraising campaigns, having raised almost $190,000 from 2,700 backers in just 60 days.

The Kickstarter.com campaign for FrackNation was launched on February 6, and smashed through the fundraising goal of$150,000 early in the campaign. 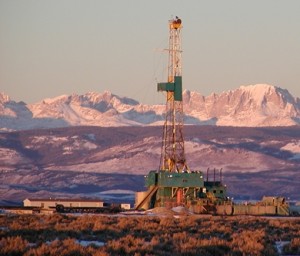 The campaign will come to a close on Friday, and the filmmakers will continue production until the film premieres this summer. The film is being co-directed and produced by Phelim McAleer and Ann McElhinney, a husband and wife film making couple, and Magda Segieda who worked with them on their previous documentary Not Evil Just Wrong.

The team has announced that in a unique move all 2,700 backers, even those who have donated one dollar, will become executive producers on the film and have their names in the credits.

“This will be a documentary funded by the people for the people,” said McAleer.

The fundraising success has been all the more remarkable given that Kickstarter normally facilitates crowdfunding for “pro-environmental,” anti-fossil fuel documentaries.  Most crowdfunding sites are notorious for a liberal bent.

Noting that FrackNation was an unusual fit as a Kickstarter project the Los Angeles Times said the documentary “received an eye-popping $22,000 in donations during its first two days.” POLITICO called the filmmaker’s Kickstarter campaign “most interesting,” and The San Francisco Examiner noted “the financial and emotional support for the film has earned it a top spot on Kickstarter’s ‘most popular’ list,” a position the film maintained for almost the duration of the campaign.

Recently, a billboard supporting the documentary went up in natural-gas rich New York, near the Pennsylvania border.  The billboard made news asserting “The Water Was On Fire In 1669.” The filmmakers “felt it was important to bring to light the truth and counter the common, inaccurate scare stories about ‘exploding tap water.'”

“People seem to have decided that they want the truth to be told and they want to be involved in the telling,” McAleer said referencing the broad-based support for the film.  “The majority of backers have been from the U.S. and pledged between $20 and $35.  Instead of going to the movies, they’re paying for one.  We are so grateful for their contributions, especially when budgets are tight for everyone.”

The feature-length film looks at the process of fracking for natural gas, and examines much of the scaremongering surrounding the process and speaks to people who say they are the ignored majority in their communities that overwhelmingly support fracking and the natural gas industry. The first clip from FrackNation, released this month, highlights the misinformation and biased opinions about fracking that are being represented in the media.

FrackNation comes on the heels of a new anti-fracking film due to be released by activist filmmaker Josh Fox.  Fox made Gasland, an Oscar-nominated film, which propelled fears about fracking into the public arena.   Fox is now planning a HBO-funded Gasland sequel. Fox has received $750,000 to make the new documentary.

“Unlike Josh Fox we can’t and won’t rely on money from corporations like HBO to make our documentary. This is a film funded by the 99 percent to combat the misrepresentations by the 1 percent of urban elites who want to tell rural Americans how to work and live. We are amazed and thankful for the support we have received from people all over the world who are ready for the truth about fracking to be told,” said McElhinney.

The team said the funds will allow them to continue work on the production of FrackNation, with a goal of releasing the film later in 2012.