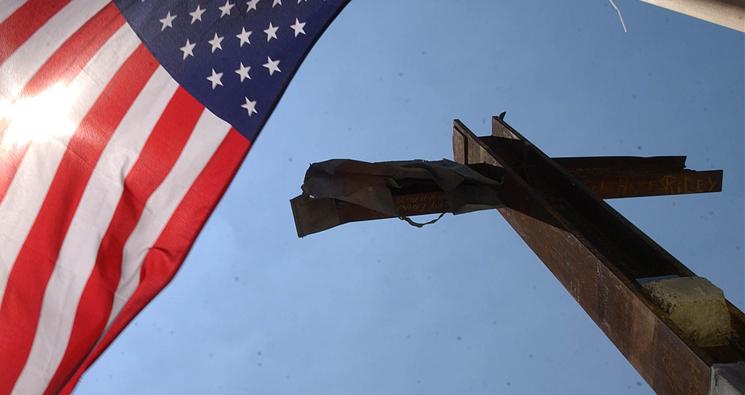 The American Center for Law and Justice (ACLJ), which focuses on constitutional law, today submitted an amicus brief on behalf of more than 230,000 Americans urging a federal appeals court to protect a Cross Memorial at The National September 11 Memorial & Museum in New York City. The brief urges the appeals court to uphold a decision by a lower court that dismissed a suit filed by an atheist organization attempting to remove the Cross.

“This flawed legal challenge represents a dangerous and unprecedented attempt to literally rewrite history and cleanse the record of a historically significant artifact,” said Jay Sekulow, Chief Counsel of the ACLJ. “As the district court correctly held, it is entirely appropriate and lawful for the curators of a museum to acknowledge the Cross’s actual, historic role by placing it in theSeptember 11 Memorial Museum. A museum has the freedom to display religiously-themed artifacts of historical or artistic significance without running afoul of the Constitution. We urge the appeals court to affirm the decision of the district court which rejected this bizarre legal challenge.”

The Cross at the museum is fashioned by two intersecting steel beams that survived the Twin Towers’ collapse on 9/11.

American Atheists filed a federal suit in 2012 claiming the Cross is unconstitutional. They assert they are suffering from both physical and emotional damages from the mere existence of the Cross, resulting in headaches, indigestion, even mental pain. A federal district court dismissed the lawsuit and now the atheist group has filed an appeal in the case.

In the amicus brief submitted today in the U.S. Court of Appeals for the Second Circuit, the ACLJ notes that U.S. Supreme Court has held that such exhibits like the Cross are constitutionally permissible and do not violate the Establishment Clause.

“In the days and weeks following the September 11, 2001 terrorist attacks, the challenged World Trade Center Cross (the “Cross”) had a widely documented and positive effect on the First Responders at the Ground Zero site,” the brief contends.

The ACLJ brief argues the Cross is “an historical artifact of the September 11 attacks” and “historical artifacts – even religious artifacts – have long been placed in America’s public museums without doing violence to the Constitution. Any ruling to the contrary would lead to absurd results.”

The brief adds: “Offended observers (even observers whose offense is so great that they claim physical illness) cannot be permitted to rewrite history or constitutional precedent.  Acknowledging history does not establish a religion, and Plaintiffs-Appellants’ lawsuit is without merit.”

In its brief, posted here, the ACLJ represents itself and more than 230,000 Americans who signed on to the Committee to Protect the Ground Zero Cross. The ACLJ today filed a motion for leave to file the brief – with the brief attached – requesting the appeals court accept the brief. Such requests to file an amicus brief are routinely granted by the courts.