By 60 Plus, Special for USDR 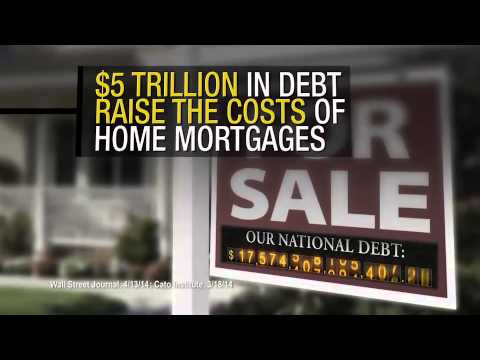 On Wednesday, the 60 Plus Association released its second TV and radio advertisements in five states and Washington, D.C.  The advertisements emphasize the special advantages afforded to big banks as part of the legislation, point to recent news reports that a former Countrywide executive is a key figure in crafting the legislation, highlight that the legislation will raise the national debt by having the United States assume all of the GSE liabilities, and note that average homeowners will find it more difficult to obtain a mortgage, according to a recent report by Moody’s.

“We cannot afford to experiment with one-sixth of our economy, as the Johnson-Crapo legislation does, on the backs of average Americans including retirees and pensioners,” 60 Plus Chairman Jim Martin said. “Any reform or liquidation of Fannie and Freddie must respect the rule of law and protect taxpayers. This proposed legislation does the complete opposite by codifying the Obama Treasury Department’s abuse of property rights. Instead of giving more advantages to the big banks, the Senate banking Committee should craft reform that puts taxpayers and pensioners first.

“Moreover,” expressed Chairman Martin, “Washington and big Wall Street banks have a history of working together to protect their own interests, not the citizens. We’re asking these Senators to oppose this Fannie – Freddie reform that gives a new handout to the big banks.”

About 60 Plus Association: Founded in 1992, the 60 Plus Association is a non-partisan seniors advocacy group with a free enterprise, less government, less taxes approach to seniors issues. For more information, please visitwww.60plus.org.