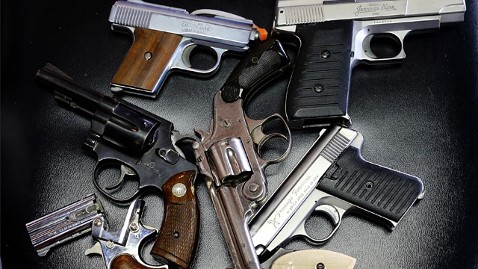 The Second Amendment Foundation, the Citizens Committee for the Right to Keep and Bear Arms, and DefendGunRights.com announced today they will join together with other groups to sponsor Guns Save Lives Day on Dec. 14, the anniversary of the tragic Newtown, Conn., shootings “because crazy people, criminals and gun control extremists prefer unarmed victims.”

“We are proclaiming Saturday, Dec. 14 as Guns Save Lives Day,” said Alan Gottlieb, president of the Second Amendment Foundation and chairman of the Citizens Committee. “In the coming weeks, you can go to GunsSaveLivesDay.com and get updates on this open source national project that all freedom loving organizations are invited to be a part of.”

In addition, GunsSaveLivesDay.com has an on-line petition for individuals to sign in support of the fundamental right to own a firearm for self-defense. There will be events and activities in all 50 states to counter the anticipated push by the gun prohibition lobby to exploit the anniversary of the Newtown tragedy to push their political agenda.

“The event is designed to counteract what certainly will be a day of activism and misinformation from the gun prohibition lobby,” noted Larry Ward, founder of DefendGunRights.com. “We wanted to ensure that the public has the facts on gun rights and understand how many Americans stand with them in defense of Second Amendment rights.”

“Americans are concerned about attempts to erode their gun ownership rights, and for good reason,” Gottlieb said. “Our mission with Guns Save Lives Day is to assure them our groups are working day and night to thwart government gun-grabbers at every opportunity. We are going to show America that there is a good side to guns.”

“The Founders understood what many modern-day politicians do not: that Americans are safer – from crime and tyranny – when they have the means to defend themselves,” Ward added.

Americans protect themselves from violent crime with firearms up to two million times annually, by some estimates. Nearly half of those incidents occur away from home, demonstrating the effectiveness of concealed- and open-carry laws. In the majority of those cases, a shot is not even fired, but the presence of the firearm serves as a deterrent to violence.

“No one at Newtown should have been a victim,” Gottlieb said, “and no one in the future should be victimized by laws that do not allow people to defend themselves.”