More than 130 Hispanic-American Christian pastors and leaders from the D.C. area joined the discussion, which centered on the urgent need for immigration reform.

“As we continue to debate immigration in Congress this week, I think sometimes the human factor gets lost,” said Paul. “When discussing the issues, it’s important to remember that we’re talking about people, not just policy.”

Paul, the son of an immigrant, explained that the numbers and statistics associated with immigration cannot prevent lawmakers from seeing the real-life implications of their decisions.

“We’re not talking about criminals,” Paul said. “We’re talking about immigrant workers caught up in a failed government visa program.”

Paul proposed an immigration reform plan that includes work visas for those who are already in the U.S. and are willing to work, modernization of visas allowing for better tracking, and a middle ground between amnesty and deportation by allowing those who are illegal to become legal through a probationary period. 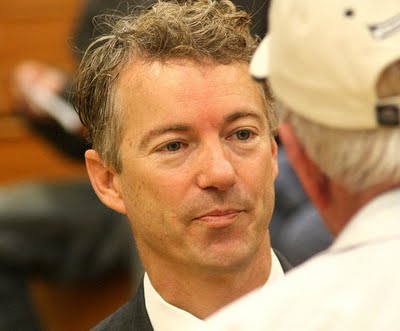 “Man’s humanity toward man is how we will be judged,” said Paul. “For the teacher, for the student, for the immigrant, for the unborn and for the next generation … We, as Americans, should never lose sight of the things we share in common, and do our best to love thy neighbor, every chance we get.”

Paul also spoke to the importance of education and a system that allows students of all nationalities to succeed, something which the NHCLC leadership believes is the civil rights issues of our day.

“We have to work to improve issues that stem from immigration and education is a big one,” said Rev. Carlos Duran, Director of the NHCLC Washington, D.C., Chapter. “For us, immigration has a face and a name. We see the human side of the issue every day in our churches, in communities and at our schools.”

The NHCLC believes our nation is on the brink of immigration reform and encourages integration, secured borders and healthy communities. While it believes the Town Hall was a great success, organizational leaders say there is still a lot of work ahead.

“The immigration issue is far from done,” said Duran. “We will continue to encourage pastors and church congregations that apathy and silence are not options for the Hispanic Christian church.”