By The Price of Business (1110 AM KTEK, Houston, TX is the sister radio program of US Daily Review and is Hosted by USDR Publisher and Managing Editor, Kevin Price).  These are recommended articles, links and other resources from today’s show. 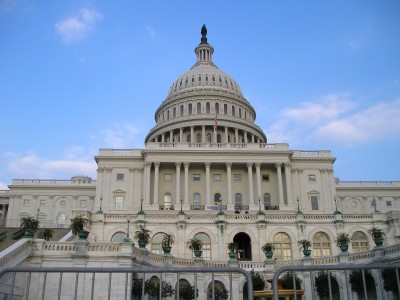 On a great Price of Business, Kevin Price interviewed Congressman Bill Flores (R-TX) about his recent comments on the possibility of Barack Obama impeachment. On today’s program he lays out the pros and cons of pursuing impeachment.  Check that out on today’s Price of Business, 7 am CST on Business Talk 1110 AM KTEK. You will also be able to check it out in the archives later this week.

Kevin Price also reminds the audience that today is September 11th and to have a conversation with your children on the importance of this date.

Kevin interviews Jessica Zuckerman of the Heritage Foundation on the problems facing immigration reform in the Congress. Here is a recent article by Zuckerman and Ken McIntyre on the Five Myths on Immigration.

Congress gets back to its regularly scheduled work on Monday—and there’s plenty of immigration propaganda greeting them.

The falsehoods from the White House just keep on coming, and Catholic leaders have calledfor clergy to preach in support of the Senate-passed immigration overhaul this Sunday.

On the White House blog, Cecilia Muñoz, assistant to the President and director of the Domestic Policy Council, laid out the Obama Administration’s take on the benefits of “commonsense immigration reform.” The blog, complete with “fact sheets” and the reposting of an animated video, made numerous claims about what the Senate-passed immigration bill (S. 744) would do for U.S. citizens and immigrants alike.

Here is how five of the White House’s latest claims stack up against the facts.

1. CLAIM: The Senate-passed bill would reduce the deficit.

FACT: It would explode the deficit.

While a properly functioning immigration system could indeed help reduce the deficit and grow the economy, the amnesty portion of the Senate bill would be extremely costly for American taxpayers, particularly in the long run. As Heritage senior research fellow Robert Rector has explained:

Amnesty and citizenship would make 11.5 million illegal immigrants eligible for Social Security, Medicare, Obamacare, and more than 80 different means-tested welfare programs such as food stamps and public housing. The average illegal immigrant is 34 years old and has a 10th-grade education. At that age, education levels would increase very little after amnesty.

Under the Senate-passed amnesty bill, each current illegal immigrant would receive more than $900,000 in government benefits over his lifetime while paying around $300,000 in taxes—a net cost of more than $600,000 to taxpayers. Even if the wages of amnesty recipients were to soar by 25 percent, the long-term costs per recipient would be more than $500,000—costs ultimately borne by the American taxpayer.

FACT: Many workers’ wages would decrease.

The wages of formerly illegal immigrants would likely increase, as Heritage has also projected, under the bill. However, many legally present workers would find their wages lower, as immigration expert George…(read more)