Evaluating the inconsistencies of President Obama’s statements on the heels of the Asia-Pacific Economic Co-operation Forum about China’s trade position. 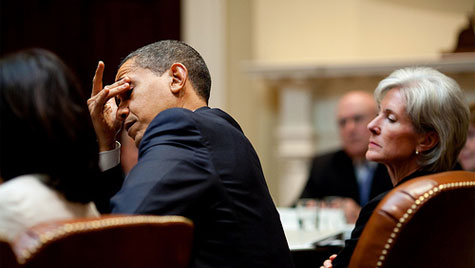 Fife was ready to pull his unloaded gun, hands trembling, from his holster in a minute if he could look like the hero.  When his boss and best buddy Andy Griffith was looking, he was especially brave; at least he was hoping he could convince others he wasn’t the skinny-cat coward he truly didn’t want to be.  But then Andy, in his wisdom, would let his pal look the part of the hero.  Fife was especially funny when he talked tough; in a no-nonsense authoritarian voice that everyone but him knew was empty of authority, “Nip it. Nip it in the bud.”  These days, when President Obama speaks he sounds so much like that icon of idealic society, Barney Fife that I can close my eyes during one of his speeches and see the face of Barney lip syncing Obama’s words.  True to form were his comments on Sunday to America—the perfect “nip it” speech—not his first, but clearly in his classic form.

He told China to “grow up”:

“Most economists estimate that the renminbi is devalued by 20 to 25 percent. That means our exports to China are that much more expensive and their imports into the United States are that much cheaper,” Obama said.

“There has been slight improvement over the last year partly because of U.S. pressure but it hasn’t been enough. It is time for them to go ahead and move toward a market based system for their currency.”

Right.  This is from the President who topped every past President in generosity to China by giving them an absurd –even treasonous amount of high technology—an amount no other President, left or right of the line dared—in sane or insane moments—to give China.  These were not the traditional gifting to China of past presidents, but technology that our capitalist companies created by private enterprise ingenuity designed to improve lives across all spectrums of the industry but are held as top secret even to their competitors. When combined they forge unyielding military power—“sensors, optics, and biological and chemical processes, all of which are identified as having inherent military application.” This is from the President that has made history for the number and amount of government take overs of private industry, the largest interferences in the capitalist system that even Democrats fear his competency.   This is from the President who has created policies that have increased the government’s debt and spending to an incomprehensible amount.—all definitely not signs of “a market based system”.

Obama said America welcomes “the peaceful rise of China”.  What?  Clearly this is more evidence that Obama is out of touch with Americans.  Obama used the word, “rise”, not any words such as “improvement of living standards,” or, “its peoples’ success,” etc.   The use of the word, “rise” is chilling.  A Barney Fife style faux pas—the kind that happened when Fife was schmoozing with jailers or kibitzing with disguised thugs.

Some of the funniest Fife moments were when he was caught in the act of doing something tremendously stupid:  Most comical of Obama’s statements was this remark, “We’re going to continue to be firm that China operate by the same rules as everyone else,” Obama said.  Continue?  Apparently Obama is confident that Americans didn’t see his overtures of tech giving, or that he ordered NASA administrator, Charles Bolden, to China to begin “negotiations” on giving NASA technology away to them.

Sheryl Devereaux is a prolific writer and researcher, speaker, and radio commentator on the Constitution and public policy. You can listen to her show, Foundation of a Nation on allfiredupradio.net or find her on facebook, and on twitter @sheryldevereaux.