The elite will definitely reshuffle capitalism. And the event will not be televised. 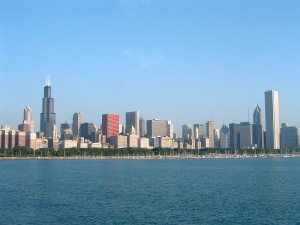 On March 29, here on US Daily Review, I wrote “Will the Elite Reshuffle Capitalism?.” That article discussed the results of the most recent Bloomberg Global Poll which found that over 70% of financial professionals thought the capitalist system was in trouble with about one-third saying that the system needed a “radical reworking of the rules and regulations.” The poll indicated that the respondents were encouraged to favor these changes as a result of pressure from various political movements.

The likelihood of their occurrence, based on only one survey, is of course anybody’s guess. But the other day, I saw another poll, with similar results, that appears to take some of the “anybody’s guess” out of the likelihood calculation.

In the 2012 Makovsky Wall Street Reputation Study, a survey conducted among marketing and communications executives at Wall Street firms, it was found that 74% of the respondents said that increased government regulation will help financial firms to improve their reputations and trust with customers.

The Makovsky Study also showed that 53% of the financial executives thought that the Occupy Wall Street movement had a “real” impact on their business (whatever “real” means) and 71% of the respondents thought that that Occupy influence would continue past the fall U.S. presidential election.

As I said in my previous article, Yikes!

What do these poll results say to you?

The conclusions are obvious. I would think these poll results say the same to you as they say to me.

Based upon political activity from the Occupy movement and other special interests, economic freedom, i.e., capitalism, is about to be reworked, restricted, and reshuffled into another game form. And this reshuffling, this restriction, this reconfiguration of capitalism will be led, or least tolerated, by the folks in the financial services industry. Both polls’ results point in this direction.

Based on the results from the Bloomberg Global Poll and the Makovsky Wall Street Reputation Study, it is reasonable to conclude that capitalism will be reshuffled, and that change will be enabled, accomplished, allowed by the people usually associated with driving the engine of capitalism, those who at once control the money and who have been pressured by political movements.

As I said above, this change in capitalism, in economic freedom, will not be televised. It will take place slowly and almost imperceptibly, yet, based on both polls, most assuredly.

Richard Telofski is a competitive strategy and intelligence analyst. Formerly the president of one of the first competitive intelligence consultancies, Richard currently practices at The Kahuna Institute where he studies the effects of the anti-capitalism movement on business. He blogs about “The War on Capitalism” at www.Telofski.com.