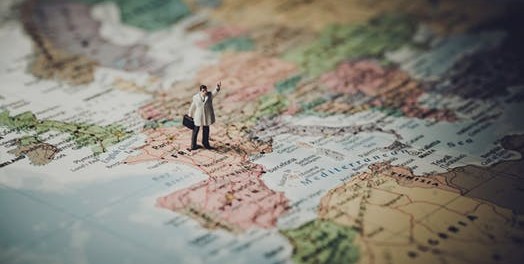 The debate on whether America or Europe is a better place to live has dragged on for years without any conclusive answer. Depending on whose side you are on, you may not like the way Americans work for long hours, eat anywhere, discuss their TV shows, dress up and drive a lot or the way living in Europe is expensive from cars, gas, food and even  weddings.

While American houses are largely made of wood, European houses involve masonry. This makes a big difference in terms of cost, durability, energy efficiency and beauty.

The American residences can have a variety of themes from the country, Arts and craft and colonial to shaker simply because there is abundant wood that produces spectacular residential architecture, especially when used for interior decorative  purposes.

The Americans have their vast forests to thank for and the tradition of building modest homes using wood as the primary material. On the other hand, Europe doesn’t have enough forest resources, and their tradition of masonry goes back to several hundred years. As a result, these houses last much longer, have high resale values, withstand disasters and have higher  values.

Another important difference between the States and European residential living is the size of the houses. While a typical American suburban house is on average 4000 ft2, the same in Europe is about 1300 ft2, yet the price is comparatively the same or even more in  Europe.

For this reason, European cities are densely populated having small compact homes with smaller backyards and a few  rooms.

These houses may be smaller but they are treasured, unique and energy efficient historical gems that require little maintenance. However, those in the States enjoy their big houses with huge back and front yards, a centralized heating system, laundry rooms, two or more car garage with driveways and sometimes a sprinkler  system.

The difference in the residential architecture of Europe and the US has to do with the age of their cities and towns. European residential living may be characterized on average with terraced, narrow houses and narrow roads with more pedestrian considerations. While this does not apply everywhere, it just tells you that the majority of European cities are older compared to the American cities that continue to sprawl with bigger and newer  homes.

The States has a lower population density per Km2 and considering the urban sprawl, this comes with its own commuting and transport problems compared to Europe. However, it is now a trend to find upscale living spaces that present a new way of life characterized with luxury living, unique communities and resort-style amenities like these Alder apartment homes or you can read more about similar  homes.

It even gets better as many of them are conveniently located near metro links and major highways especially if you prefer to drive  less.

Residential living in the US may be bigger and better but that does not mean that it is expensive compared to most parts of Europe in terms of rent, utility bills, and  groceries.

The UK, which is the most expensive place to raise a family in Europe, has the cost of living at 103% of the average household income while that of the USA stands at 90%. However, some parts of Europe can be quite cheaper like Spain (76%), Germany (52%) and Sweden  (43%).

There may be a big difference between living in the States and Europe but just because you have not gotten used to living on the other side does not make it a bad place. These differences do not also apply  generally.