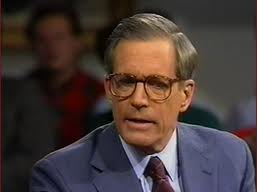 Pete du Pont may have been "damn right", but his message could not get him elected. Will it work for Perry?

In 1988 former Delaware Governor Pierre “Pete” du Pont ran, what he called a “Damn Right” campaign for President.  For true believers, like myself, it was music to our ears.  Gov. du Pont would tell farmers in Iowa that it was immoral for them to be subsidized at all, let alone to be paid to not grow produce at all (in the then, “Payment in Kind” program).  He would tell corporate leaders that welfare for anyone — including to businesses because they create jobs — is still welfare, and he would do what he could to end such as president.  He even told one of the most dangerous groups of all, senior citizens, that Social Security needed radical reforms and that large parts of it should be turned into “needs based.”

I loved Pete’s approach and did as much as I could for him, while also managing a client’s failed bid for a race for Congress.  I was one, of at least a few that supported the Governor’s strong and needed positions.  Unfortunately, they proved not to be palpable in a country that has become a socialistic democracy.  Democracy means “government control and ownership of the means of production.”  We have more regulations, the second highest taxes, and worst litigation environment of any of the industrialized countries in the world.  It is socialistic and it has been driven by a popularity based political machine.

Our system is too convenient; politicians who live on what Public Choice economists call the “short-sigtedness effect” steal from people who don’t vote yet (in fact, they are not even born) to give to the beneficiaries of the policies today, who do vote.  In sum, the Delaware Governor’s message was a hard one to sell to those living off of future generations.

More than two decades later, enter Rick Perry.  In his first debate with other Republican candidates the Texas governor honestly told the audience that Social Security is a “Ponzi Scheme” and that it is fundamentally wrong to tell younger Americans that there will be a system there for them when they retire.  In his recent book, Fed Up!, Perry not only attacks Social Security, but advocates the end of the income tax system and the restoration of the US Senate to its original role.

Everyone hates our current income tax system, but at the same time virtually everyone has a vested interest in it.  Mortgage owners leverage their interest, CPAs build practices around it, corporations develop sophisticated structures that allow some of them to avoid it entirely.  When it comes to our horrible income tax system (which it is), there are many who are crying all the way to the bank because of it.

When it comes to restoring the US Senate, Perry advocates the end of the 17th Amendment, which has the Upper House elected by the people, just like Representatives.  It is, Perry argues, a redundant House.  Those who founded our government clearly wanted the Senate to be primarily interested in protecting the state governments that sent them to Washington to represent them.  They never faced a popular election, just well informed legislatures that held them accountable in a way the electorate never would or even could.  The 17th Amendment was — in many respects — the death blow of states’ rights.  His message resonates with many conservatives, but most independents and Democrats will find this as hostile to freedom itself.  “Perry”, they argue, “wants to take away representation for the people.”  It isn’t true, he wants to restore what the founders originally intended, but good luck conveying that in a 10 second sound bite.

Republican political strategist Karl Rove told the Wall Street Journal that Perry’s book — and the message in it — is his “biggest problem.”  There is no question that Americans are more disgusted with the status quo today than they were in 1988.  After all, America’s plight is much worse than it was then.  However, the jury is out if someone with such a “damn right” message can become the next President of the United States.