Supporters of 2012 Republican Presidential candidate Ron Paul have propelled him to an historic win in Minnesota this weekend, with delegate gains having occurred in multiple other states as well. The recent achievements affirm Paul’s delegate-attainment strategy, and support the notion that he and his platform will be featured prominently at the Republican National Convention in Tampa this August. According to a statement, the Paul campaign said that “We’re also pleased to see Ron Paul supporters engaged in party-building to broaden the activist and voting base that will advance Republican majorities for many years to come” 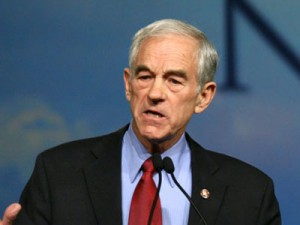 In Minnesota, Paul organizers won a decisive 12 of 13 delegates to the RNC at the Rivers Edge Convention Center in St. Cloud, wrapping up the North Star State’s two-tier nominating contest. Earlier this spring, Paul supporters won 20 of 24 delegates at district conventions. In all, the Paul camp has swept the state of Minnesota winning 32 of the state’s 40 national delegates.

In addition to Paul’s consequential victory in Minnesota, Paul organizers won delegates in Mitt Romney’s home state of Michigan. There, Paul supporters estimate that they have won eight voting slots plus one non-voting delegate and 11 alternates. Of the 14 Congressional District voting contests held this weekend, Paul organizers won RNC delegates in the 1st, 2nd, 4th, 6th, and 9th Districts, denying Detroit-born Romney a clean sweep of his home state. The Michigan victory occurred despite a heavy Romney campaign presence promoting a win for the establishment pick and presumptive nominee.

At the Vermont Republican State Convention this weekend, Ron Paul supporters won two of 14 national delegates, with two more considered potential allies, and they won 10 of 14 alternates. In all, Vermont has 17 delegates including super delegates.

Finally in Virginia, 11 district conventions have been taking place in recent weeks and have ended this weekend. In those contests Ron Paul supporters won 17 of 33 national delegates selected, with the remainder of the state’s 49 delegates including super delegates to be selected at the June 16th state convention. Also in Virginia, Paul supporters elected a Republican Congressional District Chair in the Third District, over a dozen liberty-oriented Republican State Central Committee Members five of whom are Ron Paul supporters, dozens of Republican county and city committee chairs, and hundreds of county and city committee members.

“We’re also pleased to see Ron Paul supporters engaged in party-building to broaden the activist and voting base that will advance Republican majorities for many years to come,” added Mr. Tate.