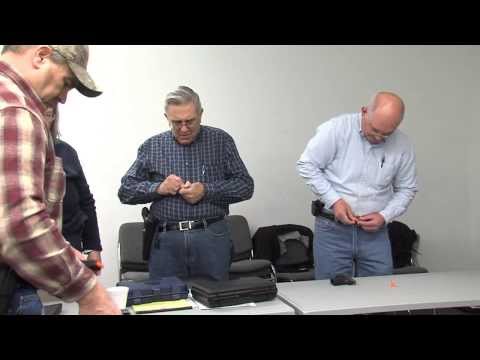 The Second Amendment Foundation today offered congratulations to the first 5,000 recipients of Illinois concealed carry licenses, which were mailed out by the State Police.

It was a SAF case – Moore v. Madigan – that forced the Illinois Legislature to adopt a concealed carry law last year over the objections of anti-gun Gov. Pat Quinn and others including Chicago Mayor Rahm Emanuel.

“While politicians had to be dragged kicking and screaming into compliance with the Second Amendment,” said SAF founder and Executive Vice President Alan Gottlieb, “the good citizens are rushing to enjoy their newly-restored firearms freedom. State officials said today they have received more than 50,000 permit applications. Last month, Fox News reported that concealed carry applications had outpaced the number of  applications for Obamacare.

“We’re proud that our case brought about this opportunity for Illinois citizens to join millions of other Americans in the exercise of their fundamental right to keep and especially bear arms,” he continued. “If the Illinois experience has taught us anything, it is that the die-hard anti-gun politicians who opposed this new law are horribly out of touch with their constituents.”

Gottlieb said SAF will be monitoring the progress of this new law, with an eye on the number of permit applications being opposed by law enforcement that wind up being reviewed.

“At the rate of applications so far,” Gottlieb predicted, “we’re expecting to see up to 300,000 to 400,000 citizens apply for permits this year, which would be on par with the estimate offered a few weeks ago by the State Police. By the time that happens, we anticipate the law-abiding armed citizens of Illinois will prove that they are responsible and reliable with this most precious of civil rights.”

The Second Amendment Foundation (www.saf.org) is the nation’s oldest and largest tax-exempt education, research, publishing and legal action group focusing on the Constitutional right and heritage to privately own and possess firearms.  Founded in 1974, The Foundation has grown to more than 600,000 members and supporters and conducts many programs designed to better inform the public about the consequences of gun control.