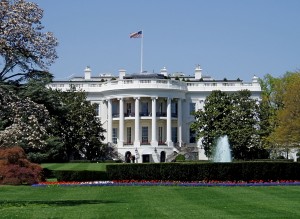 Is anyone else looking at the landscape of America today, and wondering where in the world the America we knew and loved has gone? I have, and I also wonder when Americans are going to wake up to the reality of the situation in front of us.

Pick your scandal with Barack Obama:

A half a trillion dollars thrown at Solyndra in the hopes that company would further his ideological goals toward a “clean” energy future. Oh, it was clean alright…a clean robbing of the American people blind! Then add the hundreds of millions more, taking us well over a trillion, to other “clean” energy companies who are also either bankrupt or on the verge, and you realize that Barack Obama hasn’t the slightest idea how to run a company, let alone the greatest nation in the world. But Mr. President, the taxpayer buck stops with you. There’s a reason the government is supposed to stay out of private business, and you just proved it to the entire world. Solyndra, Evergreen Solar, Beacon Power Corp, Enerdel, SpectraWatt, and Sunpower are just some of bad investments the White House made with our money, all through the DOE. The Department of Energy, at this very moment, has $35.9 billion out in loans with a job total return of 64,776, that would be $554,217.61 per job. Wow, let’s elect Obama for another four years with returns like that…are you awake yet, America?

Well, let’s take a look at Fast & Furious, the gunwalking scandal that has rocked two nations, resulting in thousands of crimes and deaths on both sides of the southern border, including the deaths of two Border Patrol agents: Brian Terry and Jaime Zapata. Janet Napolitano, Eric Holder, and Barack Obama, not to mention the ATF, are all on the hot seat for this one, and it’s not going away. Congressman Dennis Issa is driving the congressional investigation on this scandal. My sources tell me it will eventually be traced all the way to the oval office … one way or another, somebody’s head is going to roll over this, and I’m betting Obama will tag Attorney Eric Holder as the scapegoat in this dangerous scandal. To quote the director of Border Narcotics Intelligence, “This is Watergate, Iran Contra and Monica Lewinsky all rolled up into one, and Fast & Furious still tops it.” Now are you awake, America?

When Barack Obama first came into office I noticed his teflon armor, and it seems to be getting a workout now. And have I mentioned his really bad judgement yet? Because if I haven’t, let’s take a look at the Occupy Wall Street movement he likes so much. Their 99 Declaration is the most ridiculous piece of folderol I’ve seen in a long time. They seemed to have been born in t ithe wrong nation, and may I recommend China, Cuba or Venezuela for your ideal new home? You seem to be more suited for that type of government. In addition, I don’t believe defecating on police cars, peeing on the America flag, fornicating in public, running around with your tops off, ladies, and then waving ridiculous signs are going to help your cause any, that is if you can narrow it down to what that cause is. In other words, go home, get a job, and try to contribute usefully to society. All you’ve done is made a laughingstock of yourselves. Not quite what you were shooting for, I’m sure.

If you’re not awake yet, America, you better snap to it. We as American citizens have a job to do, and that is to protect and defend the U.S. Constitution, and preserve this nation and our way of life for generations to come. And none of the above are going to accomplish it. Wake up, roll up your sleeves and let’s get to work.