As the country waits to hear from the Supreme Court for a decision on the constitutionality of the Affordable Care Act, the self-employed are weighing in on the impact of the law on their business. According to a national survey by the National Association for the Self-Employed (NASE), the greatest opposition to the new law among the self-employed is seen among those who are the most familiar with it. Unlike most Americans, the more the self-employed and micro-businesses (10 or less employees) learn about the law, the less likely they are to support it. 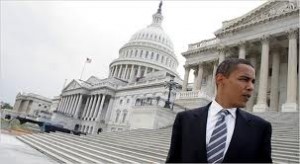 Obamacare has been especially hard on self employed

“Our new data shows that even if the Affordable Care Act lowers coverage costs, over 65% of the self-employed and micro-businesses are unlikely or unsure if they will provide and pay for a portion of health coverage for their employees in the future,” commented NASE President Kristie L. Arslan. “This insight comes on the heels of a Government Accountability Office report that shows utilization of the Small Business Health Care Tax Credit is sadly low, especially under the country’s Main Street businesses, most of which do not even qualify for the credit because their business is deemed too small.”

Among the self-employed, the survey reveals the general opinion of the Affordable Care Act is fairly evenly divided, but one thing that nearly one in four believe is that the cost of their health coverage will increase after the law’s implementation. As was first indicated in both the NASE’s 2005 and 2008 surveys on health care, satisfaction levels among the self-employed continue to be low when talking about insurance cost and affordability. These concerns show little signs of abating in 2014, when the individual mandate in the law is scheduled to kick in. At that point, the self-employed will be required to purchase both more expansive and more expensive coverage.

“Health care coverage is important to the self-employed, but the coverage must be flexible and responsive to the unique needs of America’s smallest businesses,” Arslan added. “As we’ve seen with so many policies from Congress and the Administration, forgetting about the self-employed and micro-businesses who drive so much of our nation’s economic growth, is a bad prescription for the American economy.”

The survey was comprised of 1,904 responses from the self-employed and micro-businesses. Given the significant and ongoing changes that impact the health care arena, the study was repeated in 2005, 2008 and 2011. This report presents the findings from the 2011 study.