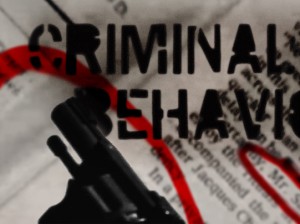 “The Senate is primed to pass an immigration bill that promises only more chaos, confusion and lawlessness. Sadly, the Gang of Eight bill, likely to be approved today in the Senate, repeats the failed policy of amnesty for illegal aliens in exchange for worthless promises of immigration enforcement in the future.

“The bill begins by rewarding some 12 million illegal aliens with immediate amnesty and eventual citizenship. In addition, S.744 will flood the American labor market with tens of millions of new permanent and temporary foreign workers over the next decade. In passing the Gang of Eight bill, the Senate will ignore explicit warnings from the Congressional Budget Office that enactment of this bill will increase unemployment and drive down wages for American workers.

“S.744 is a shining example of why Congress enjoys a 10 percent approval rating from the American people. The bill was crafted behind closed doors by a handful of senators and an army of Washington lobbyists, intent on securing political and economic benefits for their clients without regard to the impact on American workers and taxpayers.

“As the bill was rushed through the legislative process it became abundantly clear that the only concern of the Gang of Eight and the Majority Leader was protecting the very delicate balance of special interests supporting the bill. At no time were the interests of the American people, or the concerns of the people who enforce and administer our immigration laws, seriously considered.

“We fully expect that this betrayal of the American public will be dead on arrival in the House. Thankfully, the House has made it clear that true immigration reform must protect the interests of the American people. FAIR expects to work with members of the House to ensure that legislation coming out of that body provides a workable plan to secure our borders, enforce immigration laws in the interior of the country, and protect American jobs and tax dollars.

Unfortunately, the bill does none of those things. The Gang of Eight bill is undoubtedly the most irresponsible piece of immigration legislation in the history of our country. In the end, it will prove a pyrrhic victory for the coalition of special interests that came together to craft this bill.”

The Federation for American Immigration Reform (FAIR) is a national, nonprofit, public-interest, membership organization of concerned citizens who share a common belief that our nation’s immigration policies must be reformed to serve the national interest.