Stephen Hendry has announced his retirement from professional snooker following a 13-2 defeat to Stephen Maguire in his quarter-final match this evening.

The seven-time Crucible winner dominated the sport in the 90s and will go down as one of the finest players to ever lift up a cue. 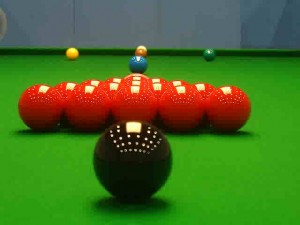 The Scot made sure his final tournament was going to be memorable with a 147 maximum break in his opening round tie of the Betfred.com World Snooker Championship with Stuart Bingham on day one this year.

Hendry admitted in his post-match press conference that it was a decision he had made a long time ago.

“It wasn’t a spur of the moment thing,” he added. “I thought about it last year, but 2 or 3 months ago I decided enough was enough.

“It was quite an easy decision. The schedule, the fact that I’m not playing the snooker I want to play doesn’t help.”

After defeating John Higgins in his second round encounter, Hendry had firmly established himself as a lively contender for this year’s trophy, however, he made it clear that even if he had won the title in 2012, he would still have made the exact same decision.

He said: “If I’d have won it, it would have been an even better way to go out. I’m delighted that I’ve made a maximum here, that’s why I was more animated than normal when making it, I was delighted to do it on my last appearance at the Crucible.”

In a glittering career, the Scot won 36 ranking tournaments, was world number for nine years and completed 11 maximum breaks. When he reflected on his 26 year professional career, Hendry pointed towards his wins in Sheffield that really stood out over anything else.

“I could write a book on the memories I’ve had here at the Crucible,” he said. “My first time here was special, my first win here, the 7th world title, the maximums, being the youngest ever world champion, no one’s beaten that yet.”

Betfred boss Fred Done reflected on the legacy Hendry has left behind in the sport. “Hendry is a legend and an ambassador for the game,” he stated. “I’m gutted we won’t see him again at the Crucible.”