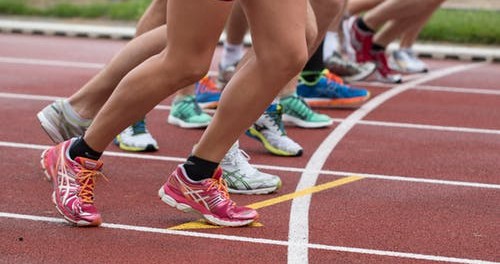 In the exciting world of professional sports, players are held to some pretty high standards to maintain integrity. This means having to work hard and play hard while refraining from any type of performance enhancers that might give an unfair advantage over the competition. This all sounds well and good until you take a look at the banned substances list for each league. There you will often find cannabis listed as one of the prohibited drugs alongside more expected elements like steroids which we know can provide an irregular edge over other players, but most who have used it would likely say that is effects of marijuana are the opposite of enhancing. So why is it a banned substance, and why have leagues been discriminating against players who have been using natural therapeutic agents like CBD oil for years?

In the case of marijuana, it is often talked about in a similar fashion as alcohol, which is also banned during competitions and tours despite being an entirely legal product. This is to help players stay at the top of their game at a critical point where the staked are at an all-time high. For others the tune is slightly different, referencing the cannabinoid THC and its ability to relieve pain which could provide a leg up for players who compete in sports like wrestling. Since the entire competition is based on one man being able to destroy another, one coming in with the ability to feel less is undoubtedly going to have an advantage. The rare few in between that have yet to publicly take sides on the issue say that it isn’t a concern as being high would hinder the player’s ability to compete by lengthening response times and throwing off perception which could potentially lead to a lot of missed goals. Since cannabis is mostly used outside of active competitions in these cases, there is very little concern about what players choose to do in their down time.

The origin and effects of CBD vs THC

There is a lot of confusion surrounding the two most produced cannabinoids that are found in cannabis plants. Though both THC and CBD are produced by marijuana strains, products like CBD oil are from another source entirely. To thoroughly weigh the pros and cons of CBD, it will help to understand the most fundamental differences between the two compounds.

Cannabidiol (CBD) is a phytocannabinoid and just one chemical compound that is naturally produced by cannabis plants, but it is found in the highest concentrations in a closely related species called hemp. One of the most significant benefits of CBD oil is that it is non-psychoactive and offers anti-inflammatory qualities that can help treat a wide range of symptoms and conditions alongside or in place of traditional pharmaceutical medications. CBD oil is most often extracted from an industrial strain of hemp that produces only trace levels of THC.

Tetrahydrocannabinol (THC) is one of well over one hundred different cannabinoids and terpenes that are produced by cannabis plants. It can often make up to 28% of the plants’ total extract and provides the euphoria inducing psychoactive qualities that are often associated with recreational marijuana use. THC is typically extracted from the cannabis plant materials, but the majority of the element can be found in the bud flowers.

The effects and benefits of CBD vs. THC

Though there is absolutely no denying the benefits that both of these powerful cannabinoids can offer, the question at hand is whether or not CBD products should be banned for players consumption in the same way that THC infused substances are currently. To make an informed decision, either way, it is vital that both the pros and cons of each one is thoroughly understood. Both THC and CBD can provide a broad range of therapeutic qualities; THC comes saddled with several characteristics that can be troubling for players. The first and most widely known side effect of marijuana use is delayed reaction time and issues with motor functioning that might impair a player’s ability to perform in many circumstances that can arise in professional sports. No one wants to be missing any goals because a member of their team decided to get high. However, the side effects of CBD are minimal and consist of an upset stomach or possible interruption in quality of sleep if it is taken too soon before retiring for the night.

Should CBD be banned in professional sports?

Competitors in professional sports have to be careful about so many things, but one of the most important is their physical health. Though many, like for instance, baseball, provide a warm and inviting family-friendly show that is very rarely associated with violence, there are still plenty of injuries that take place out on the field. In sports like wrestling, injury is just as common and expected as the player’s presence. When a sports professional is injured, they go to the same doctors that the rest of us do, and the typical response in more severe cases is often to prescribe narcotics. Though these medications do work temporarily to relieve the pain at the moment, these pharmaceutical medications do absolutely nothing to speed up the process of healing.

CBD oil, on the other hand, can provide relief from inflammation that often follows injury and is the primary cause of pain. The cannabinoid itself can also help to regulate other bodily functions like blood sugars, hormones, appetite, and mood, which can all contribute to a more relaxed period of recuperation. The best part is that it’s non-toxic and can be used either alone or in combination with more traditional treatment methods to improve outcomes for players. This is why the UFC is now funding one of the most extensive cannabinoid clinical research trials in history, to assist players in recovery, which will ultimately lead to better performance for everyone. With all of this scientifically proven, it’s hard to imagine anyone arguing against allowing players the chance to enjoy the benefits of this naturally derived supplement.