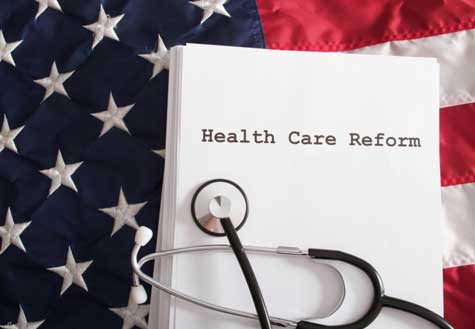 As a penalty for marrying, “Bill” and “Lucille” would lose Lucille’s $8,172 subsidy and must pay $8,173morein annual health insurance premiums than the combined $10,008 they paid before they were married. Their federally mandated health insurance plan costs 16.5 percent of their family income.
Her sister, Linda, after seeing the plight of Lucille and Bill, falls in love with Bill’s twin brother, Jack, who like Bill, earns $63,300 per year. Will she marry him?
If she does, Obamacare will penalize the new couple $8,173 for having the audacity to take out a marriage license.
See:  http://cnsnews.com/commentary/terence-p-jeffrey/single-mom-pays-8173-obamacare-penalty-marriage-license
All opinions expressed on USDR are those of the author and not necessarily those of US Daily Review.