SiriusXM today announced that it is paying tribute to President John F. Kennedyand the 50th anniversary of his assassination with the launch of “JFK: 50 Years Later,” a special weekend-long pop-up channel featuring exclusive programming drawn from SiriusXM’s multiple talk channels. 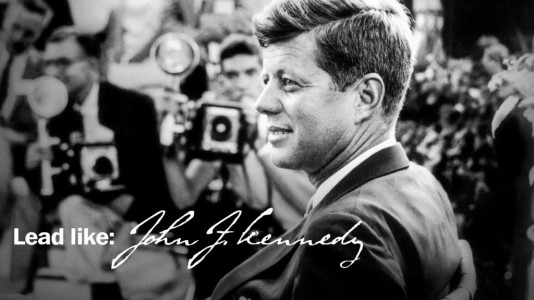 “JFK: 50 Years Later” debuts at 6:00 am ET on Friday, November 22 and will air through 6:00 am ET on Monday, November 25on SiriusXM channel 108. The special channel will feature programming drawn from an array of programming airing this week across multiple SiriusXM channels to mark the anniversary of Kennedy’s death. “JFK: 50 Years Later” will feature interviews with guests including Oliver Stone, Dan Rather, Chris Matthews, Sarah Palin and Dick Gregory; special broadcasts of two events from Washington, D.C.’s Newseum: “Inside Media: Covering the Kennedy Assassination” featuring journalist Sid Davisand “Eyewitness to History,” hosted by CNN’s Jake Tapper and featuring former Secret Service agent Clint Hill and Bob Schieffer.

In addition, a variety of SiriusXM hosts including Martha Stewart, Bob Edwards, Dr. Laura, Joe Madison, Cousin Brucie and Fran Tarkenton will share their personal reflections from fifty years ago, the moment they heard the news on November 22, 1963. SiriusXM will also air a special edition of Andrew Wilkow’s The Wilkow Majority, drawn from his JFK special airing on TheBlaze TV, in which he will share interviews conducted in Dallas with guests including former Dallas deputy sheriff Gene Boone and eyewitness James Tague, whose proximity to the president’s motorcade was so close he was hit by bullet fragments.

Listeners nationwide are invited to call in throughout the week to reflect on Kennedy’s historical influence with a wide range of SiriusXM hosts and guests.

Special broadcast of two events from Washington, DC’s Newseum: “Inside Media: Covering the Kennedy Assassination” featuring veteran journalist Sid Davis—one of the only reporters to witness Lyndon B. Johnson’s swearing in on Air Force One—will air on Wednesday, November 20 at 9:00 pm, November 23 at 3:00 pm and November 24 at 11:00 am (all times ET). In addition, The Newseum’s “Eyewitness to History,” a one-hour program hosted by CNN’s Jake Tapper featuring interviews with veteran journalist Bob Schieffer and former Secret Service agent Clint Hill will air on Friday, November 22 at 1:00 pm ET, with encore presentations airing November 22 at 9:00 pm, November 23 at 12:00 pm and 8:00 pm and November 24 at 6:00 pm (all times ET).

The Michael Smerconish Program will honor JFK’s life and legacy on Friday, November 22 from 11:00 am – 12:00 pm ET, featuring interviews with former Governor Jesse Ventura, author of They Killed Our President; Jeff Greenfield, author of If Kennedy Lived; Warren Commission member Howard Willens, author of History Will Prove Us Right; historian Larry Sabato, author of The Kennedy Half Century; Roger Stone, author of The Man Who Killed Kennedy: The Case Against LBJ and Gerald Posner, author of Case Closed.

Tim Farley—host of Morning Briefing and Midday Briefing—will offer insight and analysis of this historic day in our nation’s history throughout the week, interviewing guests including James L. Swanson, author of End of Days: The Assassination ofJohn F. Kennedy; Chris Matthews, author of Jack Kennedy, Elusive Hero; Jeff Greenfield, author of If Kennedy Lived and Dr.Larry Sabato, author of The Kennedy Half Century.

On Wednesday, November 20, award-winning broadcaster Edwards will explore the life and legacy of our nation’s 35th president with longtime CBS News correspondent/former RFK speechwriter Jeff Greenfield, author of the new book If Kennedy Lived. On Friday, November 22, Edwards and Los Angeles Times columnist Doyle McManus will discuss how the nation reveres JFK as an embodiment of lost optimism, plus Edwards will sit down with veteran PBS anchor Jim Lehrer to discussTop Down, his new novel about two men haunted by their role in the events leading up to the assassination. In addition, Edwards will pay tribute to Lee White: recently deceased, White worked with JFK in his Senate office and later in the White House as the president’s assistant special counsel. The Bob Edwards Show airs weekdays at 6:00 am, 7:00 am, 8:00 am,9:00 am, 10:00 am, 2:00 pm and 8:00 pm (all times ET).

Stand Up! with Pete Dominick JFK Week: Throughout the week of November 18, Dominick will examine the life and death of President John F. Kennedy—his prominent family, presidency, assassination and the enduring impact of an American icon—with guests including director Oliver Stone; Director of UVA’s Center for Politics Larry Sabato; economist/author Jeffrey Sachsand listeners across the country. Stand Up! with Pete Dominick airs weekdays from 6:00 – 9:00 am ET.

Joe Madison, “The Black Eagle,” talks to Dan Rather about his personal, behind-the-scenes account of President Kennedy’sDallas visit, including the sequence of events involving reporting Kennedy’s death and how he became the first press member to confirm it to CBS News, approximately 20 minutes before the official announcement from the White House. Airs on Friday, November 22 at 8:20 am ET.

On Friday, November 22, SiriusXM Patriot will air a special edition of Andrew Wilkow’s The Wilkow Majority, drawn from his JFK special airing on TheBlaze TV, in which he will share interviews conducted in Dallas with guests including former Dallas deputy sheriff Gene Boone; eyewitness James Tague, whose proximity to the President’s motorcade was so close he was hit by bullet fragments; former WFAA radio reporter Pierce Allman and former Dallas Morning News reporter Hugh Aynesworth. The Wilkow Majority airs weekdays from 12:00 – 3:00 pm ET. Wilkow is also the host of Wilkow! on The BlazeTV.