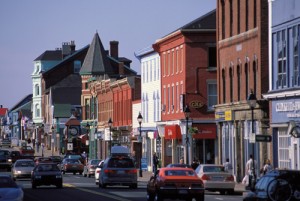 It stated, “The SBA and contracting agencies have sent a message to the contracting community there is no punishment or consequences for committing fraud.”

Every year for over a decade the SBA has claimed to either reach or just miss the 23 percent small business-contracting goal required by federal law.

In reality, every year for over a decade the SBA has encouraged fraud, fabricated and falsified federal contracting data to intentionally falsify the achievement of the 23 percent goal and cheat legitimate American small businesses out of billions.

The proof of this can easily be found in federal law, federal investigations and investigative reports by the media. NBC, CBS, ABC and CNN have all reported on the abuses by the SBA.

The Small Business Act requires that a minimum of 23 percent of the total value of all federal contracts shall be awarded to small businesses. According to Ashok Mehan, owner of Fedmine, a company that collects and tracks federal contracting data, the acquisition budget for FY 2012 was way more than the government admitted to. “The total unclassified spending that we track is $1.1 trillion, and the classified amount is $100 billion. In total, that equates to the federal acquisition budget being at least $1.2 trillion. Additionally, the Federal Procurement Data Systems has identified an unidentifiable amount of money that is untraceable.”

In a recent investigative report by CBS Boston, the SBA claimed the federal acquisition budget was a mere $442 billion and that small businesses received $91 billion of those contracts.

Based on the actual and documentable federal acquisition budget, small business should have received a minimum of $276 billion.

The $91 billion the SBA claimed small businesses received included billions of dollars to Fortune 1000 firms in the US and even to some of the largest corporate giants from around the world.

Federal law defines a small business having less than 1500 employees and one that “is independently owned and operated and which is not dominant in its field of operation.” The definition of “independently owned” would exclude any publicly traded firms. No provision in any federal law would allow contracts to any firm that is currently foreign owned, a Fortune 1000 firm or any firm that is currently a large business to legally receive small business contracts.

The most recent data from the FPDS indicates of the top 100 recipients of federal small business contracts, 71 are currently large businesses including several Fortune 500 firms and foreign owned firms.

Using the actual federal acquisition budget and the legal definition of a small business under the Small Business Act, the American Small Business League estimates the SBA has knowingly and intentionally cheated American small businesses out of over two trillion dollars during the last 10 years.