The Small Business & Entrepreneurship Council (SBE Council) said the outcome of Wisconsin’s recall election is good news for job creators in the state, as well as across the nation. 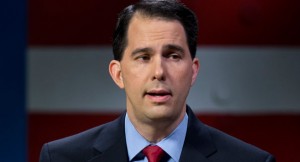 SBE Council President & CEO Karen Kerrigan said:  “Governor Scott Walker not only survived the recall election, but so did his policies. This is an agenda that needs to be embraced and replicated across the country.  States, and our federal government, need desperately to get their fiscal houses in order. That means spending must be tackled head on.  States that are in sound fiscal shape and offer a welcoming tax and regulatory environment remain the most competitive for attracting investment, new businesses and entrepreneurs. The same goes for nations – money and human capital are migrating to the most productive and welcoming environments.  Uncertainty and hostile business policies breed low confidence and hesitancy among investors and entrepreneurs.  Walker’s historic and decisive win should boost the confidence of elected officials courageous enough to take on government unions and out-of-control spending. If states want growing economies and a vibrant entrepreneurial sector they must move in the direction of Governor Walker’s policies. The same goes for the federal government.”

Wisconsin ranks 24th in the nation on SBE Council’s “Small Business Survival Index,” which can be found here: http://www.sbecouncil.org/survivalindex2011/. The state has slowly enacted reforms and changes to make it more competitive and business friendly.  Wisconsin ranks 34th on SBE Council’s “Business Tax Index 2012” and 35th on the group’s “Energy Cost Index 2012,” which was just released today.

The “Business Tax Index 2012” can be accessed here: http://www.sbecouncil.org/businesstaxindex2012/

The release to the “Energy Cost Index 2012” can be accessed here: http://www.sbecouncil.org/news/display.cfm?ID=4954

SBE Council chief economist Raymond Keating observed:  “Government labor unions in Wisconsin and across the nation stand out as leading opponents to pro-entrepreneur, pro-growth tax and spending policies. These unions can be counted on to support high taxes and bigger government, which drive businesses and investors elsewhere. The Wisconsin recall election results are a major defeat for government unions and their agenda. The results are a major win for entrepreneurs and pro-growth policies.”