The dangers of distracted driving have been widely reported, but few consider distracted crossing of streets and roads to be a major safety risk in this country. According to the Liberty Mutual Insurance Pedestrian Safety Survey unveiled today, 60 percent of pedestrians walk while texting, emailing, talking on the phone, or listening to music despite 70 percent considering those behaviors to be dangerous.  Such distractions may have been a contributing factor to the 4,280 pedestrian deaths in traffic crashes in 2010, a 4 percent increase from the previous year, as reported in the latest data by the National Highway Traffic Safety Administration’s (NHTSA).

“So much attention has been paid, and rightly so, to distracted driving that we have ignored the fact that distracted walking and crossing can be just as risky,” said David Melton, a driving safety expert with Liberty Mutual Insurance and managing director of global safety. “From an early age, we all learn how to safely cross the street – look both ways, wait for the walk sign – but as adults many of us seem to forget those simple rules.”

Such pedestrian safety concerns are valid, as a 2011 report from the U.S. Consumer Product Safety Commission (CPSC) found that 1,152 people were treated in hospital emergency rooms after being injured while walking and using a cell phone or some other electronic device. 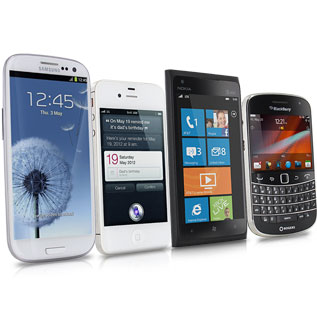 According to the Liberty Mutual Insurance Pedestrian Safety Survey findings, like pedestrians, drivers do realize the dangers of their actions but do not modify them for safety. For example, three in five drivers say talking on the cell phone while driving is dangerous for pedestrians, yet 70 percent still admit to doing so.

Likewise, drivers realize that talking on the phone, texting and listening to loud music is dangerous for pedestrians yet a significant percentage of respondents continue to engage in behavior they recognize as risky.

“The reality is that neither drivers nor pedestrians seem to actually realize the dangers of their distracted behaviors,” added Melton. “The fact that drivers and pedestrians continue to engage in dangerous habits, despite claiming to recognize the risk, suggests that the majority of Americans are taking a cavalier, ‘it won’t happen to me’ attitude.  As the weather warms up and we head into the summer driving season, pedestrians and drivers need to take extra precautions to ensure the safety of everyone on the roads, whether on foot or behind the wheel.”