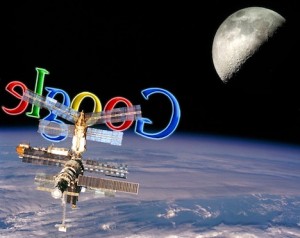 NASA will host a Google+ Hangout from several NASA centers at 2 p.m. EDT, Tuesday, July 23 as the agency prepares to fly two unmanned aircraft over Atlantic Ocean hurricanes this summer.

NASA’s Hurricane and Severe Storm Sentinel, or HS3, mission is a five-year project that first took to the field in 2012 from NASA’s Wallops Flight Facility at Wallops Island, Va. HS3 is investigating the roles of the large-scale environment and storm-scale internal processes in hurricane formation and intensity change in the Atlantic basin. HS3 scientists will use two NASA Global Hawk aircraft during the campaign, one with instruments measuring the environment around a tropical cyclone and the other with instruments looking into the storms.

Participants in the Hangout will hear about the 2012 mission and preparations underway at Wallops for the upcoming flights. The HS3 lead scientist will explain how NASA will peer into hurricanes and a Global Hawk pilot will discuss remote flying over tropical cyclones.

Panelists for the Google+ Hangout are:

Google+ Hangouts allow as many as 10 people or groups to chat, while thousands more can watch the conversation live on Google+ or YouTube. The Hangout also will be carried live on NASA Television and the agency’s website.

Journalists who want to participate in the Hangout or ask questions by phone must contact Aries Keck at 301-286-4435 oraries.keck@nasa.gov with their affiliation by noon July 23.

NASA social media followers may submit questions on Google+ or Twitter in advance and during the event using the hashtag #askNASAHS3. Before the Hangout begins, NASA will open a thread on its Facebook page where questions may be posted.

For more information about the NASA’s HS3 mission, visit: http://www.nasa.gov/HS3