A new survey released today by global strategic branding firm Siegel+Gale (www.siegelgale.com) revealed confusion and frustration among consumers regarding Facebook and Google privacy policies. The survey of more than 400 respondents found that users have little understanding of how Facebook and Google track and store user information and activity, and how information is shared and with whom. On a scale of 0 to 100 (with a score of 80 indicating good comprehension), respondents who reviewed Facebook’s and Google’s privacy policies scored 39 and 36, respectively, demonstrating low comprehension. 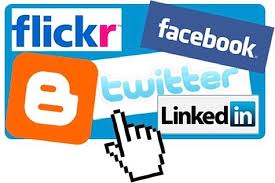 After reviewing the policies and answering questions through the Siegel+Gale SimplicityLab™, a proprietary quantitative research tool, many respondents said they might reduce the amount of information they give to Facebook and Google. Thirty-six percent of Facebook respondents and 37 percent of Google respondents said they would change their online behavior by using these sites less, adjusting their privacy settings and clearing their search histories.

Despite Google’s recent consolidation of its various privacy policies, survey respondents expressed more discomfort after reading the new, condensed policy. Forty-seven percent of respondents said they feel less comfortable with how Google collects and stores information about user activities than they do with Facebook’s practices.

“The survey shows that there is an urgent demand among users to have greater access to succinct and transparent policy information,” said Thomas Mueller, global director of customer experience of Siegel+Gale. “Respondents thanked us for conducting this survey and clarifying the content of the privacy policies to them. People want to know how their personal information is being collected, stored and used.”

Irene Etzkorn, executive director of simplification of Siegel+Gale, said, “This complexity erodes trust and jeopardizes online privacy. Clearly, Facebook, Google and other online service providers operate based on consumer trust, and failure to address privacy concerns in a meaningful way will lead to consumer disenchantment and additional regulatory restrictions.”

Mr. Mueller added, “It’s time for these online giants to recognize that their policies bring an unacceptable web of complexity and risk to the lives of their users. The lack of understanding of online privacy is pervasive. Bringing greater simplicity to what web users read online will engender trust among users and only benefit Facebook’s and Google’s reputation.”

Sponsor: Great business news, all the time, with the power to prosper… Fox Business.