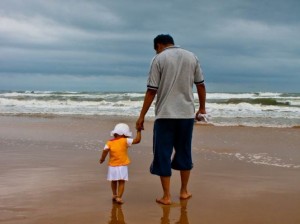 Sunday, June 16th.  This is one of the nation’s favorite days — Father’s Day.  However you celebrate the occasion — with a funny card, a welcome gift or dinner at his favorite restaurant, it’s a day to say thanks to the dads, stepfathers, grandfathers, and other father figures for all they’ve done for each of us.  The observance goes back to 1910, when Sonora Dodd of Spokane, Washington wanted to honor her father, who raised six children by himself after his wife died.  The idea caught on and spread across the country but didn’t become official until 1966.  Across the country, there are just over 70 million men who are fathers.  Just under 25 million of them are part of married couple families with children younger than 18. Profile America is in its 17th year as a public service of the U.S. Census Bureau.