Until Friday, June 22nd at 12:00 AM E, visitors can log onto the Sony Movie Channel Facebook page (www.Facebook.com/SonyMovieChannel), “Like” the page and then click on the Script to Screen Experience application. From there, participants will be able to read excerpts from the script as well as view the scene from the movies to compare how the words on the page go from the script to the silver screen. The application will feature the movies AN EDUCATION and THE LAST STATION, both airing on Sony Movie Channel on Friday, June 22nd starting at 10:00 PM E |7 PM P. In addition, consumers will be able to view on-set photos from each movie. 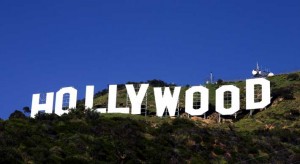 Friday Features airs on Sony Movie Channel every Friday. The show starts at 10:00 PM E|7:00 PM P, showcasing the channel’s broadest premium titles in double-feature format from the comfort of your home every Friday night.