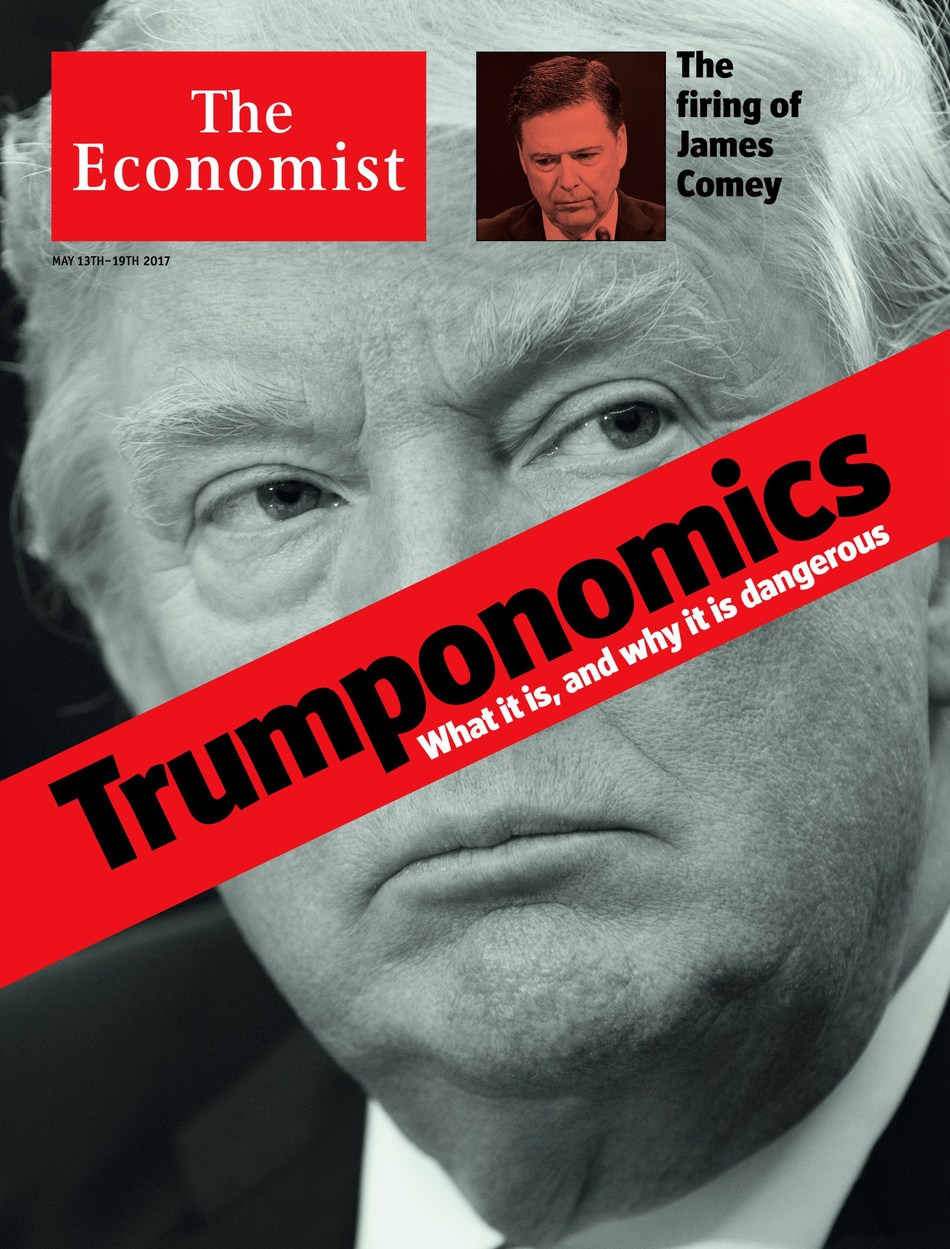 By The Economist, Special for  USDR

US President Donald Trump, along with Steve Mnuchin, the treasury secretary and Gary Cohn, the director of the National Economic Council, sat down with editors from The Economist on May 4th 2017 to discuss the Trump administration’s economic  policy.

Mr Trump says he is for fairer US trade deals, tax reform, a move to merit-based immigration and deregulation. At its core, Mr Trump says of “Trumponomics”: “It really has to do with self-respect as a  nation.”

In a wide-ranging interview in the Oval Office, Mr Trump left no doubt that his economic agenda was firmly rooted in his America Firsteconomic nationalism. He called for a “massive” renegotiation of NAFTA. But he also showed hints of dealmaking pragmatism, and a willingness to see government deficits soar, as the near-term price of tax cuts. This deficit-fuelled stimulus, which Mr Trump called “priming the pump”, “is OK, because it won’t increase it for long,” the president said. “What you have to do is you have to put something in before you get something  out.”

In its accompanying analysis The Economist gives Trumponomics a poor review. Describing it as “boardroom capitalism”, the cover leader argues that Mr Trump’s agenda is best seen as a set of proposals put together by businessmen courtiers for their king rather than a coherent economic doctrine. Its goals are internally inconsistent and it neglects the most important challenges facing America’s economy, such as how to retrain hardworking people whose skills are becoming redundant. Even if it produces a short-lived burst of growth, Trumponomics offers no lasting remedy for America’s economic ills. It may yet pave the way for something  worse.

“Trumponomics: What it is and why it is dangerous” is the cover report of the May 13th edition of The Economist. The full transcript, leader and related stories are available  online:

About The Economist  (www.economist.com)
With a growing global circulation and a reputation for insightful analysis and perspective on every aspect of world events, The Economist is one of the most widely recognised and well-read current affairs publications. The paper covers politics, business, science and technology, and books and arts, concluding each week with the obituary. In addition to the web-only content such as blogs, debates and audio/video programmes available at economist.com, The Economist is available to download for reading on Android, Blackberry PlayBook, iPhone or iPad devices. The Economist Espresso, our daily briefing smartphone app, is also available for download via iTunes App Store or Google  Play.