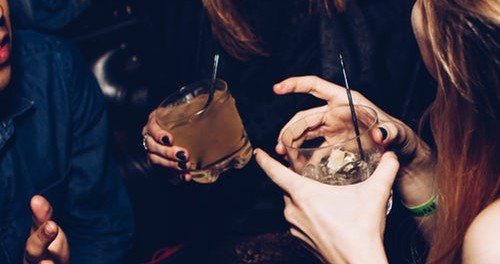 According to the law in California, alcohol should only be sold to adults. This makes it hard for the sellers thanks to the fact that an underage can quickly get a California state fake ID (or IDs from principalities nationwide) and use it to purchase alcohol without the seller noticing it. That means that the use of ID to buy alcohol has already failed. The United States, therefore, should come up with a way to identify legal alcohol customers. By being strict on this, children will not be able to access alcohol by themselves. The criteria can be digital or a physical document rather than ID cards which anyone can forge.

Rehabilitate alcoholics in the community

While many people don’t see the need for rehab, you should know that it is one of the ways through which the US can control underage drinking. The only problem is that people who drink don’t want to stop hence setting up a bad example to the young ones. The United States should come up with a way to make all drunkards understand that alcohol is the problem. As challenging as this might be, if the right measures are put in place, then anyone dealing with alcohol addiction will find it easy to come out clean.  A great place to start is searching for rehab centers for help.

The United States is one place where everyone wants to believe that they are free to practice their rights. That is why it is normal to see someone having a drink outdoors where children can see them. If you don’t know it yet, this is the worst kind of example any grown-up can set for the children. The best way to enjoy your alcoholic drink is at the bar because bringing drinks to the house will significantly promote underage drinking. Notice that children learn from examples and the moment they frequently see you enjoying a bottle, they feel like they need to have some as well.

Most teenagers are pushed to drinking due to frustration and stress. This is one of the leading cause of underage drinking because the children have developed a mindset that they can always find solace in alcohol. When you try to find out why most underage get addicted to alcohol, you will see that they don’t have a good reason if it is not for the fan or a way of escaping stress. What the United States can do for teenagers is letting them know that there are other ways of handling pressure and not drug abuse.

The media is part of the daily life of a teenager. Be it social media, movies or broadcasts; you should be very keen on the type of content your child is exposed to. Filtering media content is not easy because the internet is like space; endless and accessible. However, you should know that filtering media is possible. For phones, you can always install a tracking up which will alert you when your child is accessing contents that are harmful to them. As for television, the United States should be more vigilant on the alcohol adverts. They should ensure that these adverts are aired during appropriate times especially at night when grown-ups are taking a few minutes to relax their minds before going to bed.

Being idle is the worst state that you can put your mind. When you are idle, your brain tries to give you things to do but the sad thing is, getting rid of boredom for teenagers is way too complicated. If they don’t take part in sporting activities, then they are most likely to find something to shut down the mind. However much you cannot easily control boredom or idleness when it hits, the government should do better when it comes to enlightening children about how to use their free time. As the famous saying goes, an idle mind is the devil’s workshop, and the moment a teenager begins to fantasize about drugs, the mindset will stick for the longest time. There is nothing worse than developing an addiction by you.

Teenagers have self-esteem problems, and they always struggle for acceptance by their peers. That is why a typical high school will have a different group of students. To avoid your child from joining the alcohol group, you need to let them know that they are perfect and boost their esteem so that they can be able to stand for themselves and make rational decisions. If you don’t build your child’s self-esteem, other children will but for this to be possible; your child will have to be initiated into the group and follow the rules.

When it comes to drug abuse, we all know of someone who has been doing it for the longest time ever. These are the kind of people who will tell your child to drink because it is good for them. The truth of the matter is; alcohol is dangerous for any one’s health.