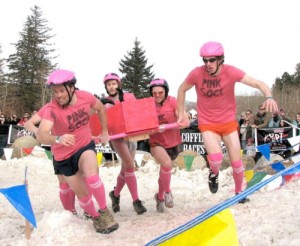 Every culture and country has a way of celebrating holidays and special occasions, but some festivals are solely created for pure fun and entertainment. Hotels.com has compiled 10 of the funkiest festivals found around the world for travelers to explore.

“Festivals give travelers a unique experience and special insight into the destination and culture,” says Taylor L. Cole, director public relations and social media, North America at Hotels.com. “Our customers often travel to pursue a passion or hobby. Whether it’s running with the bulls or running a marathon, the experts at Hotels.com will help you find the perfect place to do it.”

Hotels.com has devised a list of some of the world’s most unusual festivals for travelers to explore.