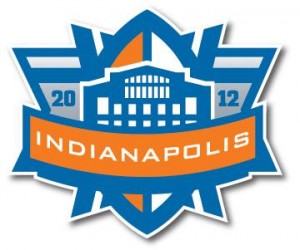 According to the latest Hanon McKendry poll conducted online in January by Harris Interactive® among over 2,000 U.S. adults aged 18 and older, 70 percent of U.S. adults plan to watch Super Bowl XLVI, a number that has remained fairly steady since Hanon McKendry began the poll in 2006.  The poll also confirmed consistently strong interest in Super Bowl advertising over the past six years, with a solid 54-57 percent of viewers each year saying they tune in as much or more for the ads as for the game.

“When it comes to interest in the ads, we continue to see significant variation between men and women,” observed Bill McKendry, founder and chief creative officer at Hanon McKendry.  “Sixty two percent of American women are watching the Super Bowl and 66 percent of female viewers say they’re tuning in as much or more for the ads as for the game.  That compares to 45 percent of male viewers who say they watch as much or more for the commercials.  The variation is even more significant among those viewers who say they tune in predominantly or exclusively for the ads—31% of women in 2012 vs. 11% of men.”

Building on trends that fuse online with broadcast events, MINDSCAPE, Hanon McKendry’s digital team, launched Super Ad Poll in 2009, where visitors can vote for their favorite Super Bowl ads and get real-time results throughout the game.  In 2011, the Chrysler “Imported from Detroit” spot took top honors in Super Ad Poll voting, earning it the Hanon McKendry Super Big Thumbs Up trophy. People can participate in Super Ad Poll 2012 by visiting SuperAdPoll.com on game day.  Voting begins at the end of the first quarter.

Super Bowl XLVI will air on NBC, and the game has officially gone digital in 2012.  Viewers will be able to watch it online at nbc.com/super-bowl, where the match up will be streamed, legally, for the first time in the United States.  Verizon customers can also watch on their smart phones using the Verizon Wireless NFL Mobile app.

“We’ll be curious to see if online and mobile viewership leads to a bump in other online activities related to the Super Bowl—things like social media discussions about the game and participation in real-time polls and surveys,” said Mindscape at Hanon McKendry co-founder Paul Ferrier.

The Hanon McKendry survey aims to quantify the draw of Super Bowl commercials among the more than 110 million anticipated viewers.(2) Now in its seventh year, the survey has consistently found that over half of U.S. adult viewers planned to watch as much or more for the ads, with numbers ranging from 54 percent in 2009 to 57 percent in 2010 and 2007.

(2) The Nielsen Company estimates that Super Bowl XLV drew a record 111 million US viewers, up from 106 million viewers in 2010, making it the most-watched Super Bowl and most-watched single program of any kind in US television history.

This survey was conducted online within the United States by Harris Interactive on behalf of Hanon McKendry from January 17-19, 2012 among 2,415 adults ages 18 and older. This online survey is not based on a probability sample and therefore no estimate of theoretical sampling error can be calculated. For complete survey methodology, including weighting variables, please contact lefebre@hanon-mckendry.com.

Harris Interactive is one of the world’s leading custom market research firms, leveraging research, technology, and business acumen to transform relevant insight into actionable foresight. Known widely for the Harris Poll and for pioneering innovative research methodologies, Harris offers expertise in a wide range of industries including healthcare, technology, public affairs, energy, telecommunications, financial services, insurance, media, retail, restaurant, and consumer package goods. Serving clients in over 215 countries and territories through our North American and European offices and a network of independent market research firms, Harris specializes in delivering research solutions that help us – and our clients – stay ahead of what’s next. For more information, please visit www.harrisinteractive.com.