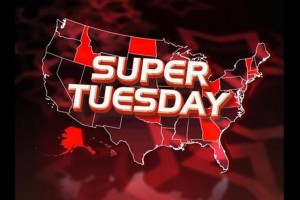 10 States, 437 Delegates, 4 Candidates and a 0 conclusion! The numbers are not looking pretty for the Republican party. The Republican party has allocated 2,286 delegates in total. The first candidate that hits the 1,144 mark in delegates wins the party nomination. With each passing state primary, the odds continue to rise that no candidate achieves the required total of 1,144 delegates. If all four candidates continue to stay in the race, then it is going to be very difficult for any candidate to accumulate more than fifty percent of the delegates needed prior to the Republican national convention in Tampa, Florida.

It’s ironic that the Republican establishment fears an all out war on the floor of the convention, yet they are the ones that have made it relatively easy for no real winner to emerge. Most of the primaries and caucuses now allocate delegates using a proportional system rather than a “winner take all” system. This allows a candidate to accumulate enough delegates to stay in the race for a longer period of time, which takes valuable delegates from the potential nominee.

Even if a candidate knows that they can’t win it all, and that they have no chance of becoming the Republican nominee, they can still prosper by staying in the race as close to the end as possible. Remember, the more delegates that a candidate can accumulate, the more leverage that candidate will have moving into the convention.

In Ron Paul’s situation, he has gathered an enthusiastic following of young people and people who are just fed up with a bloated and ever-expanding government. Paul has created a movement that has focused their attention on big government; that message would have resonated even more had his foreign policy not been so reckless.

Rick Santorum has been branded as the social candidate. Social conservatives love his message on abortion, gay rights, contraception and where the church stands in all of this. Santorum has nothing to lose by staying in the race, it’s not like he has something else to do at the moment. If nothing else, career development is reason enough for Santorum to continue seeking delegates.

That leaves Newt Gingrich and Mitt Romney. Romney: A moderate who shares some conservative values, but often takes the more popular stance in whichever way the wind is blowing. The problem is that Romney is the least-liked front-runner in decades with 40% of Americans reporting a negative view of him. What’s most interesting is that Romney has the endorsement and support of John McCain and Bob Dole. Two additional moderates who lost in the general election.

Gingrich: A Reagan conservative who has been there before, but still trying to convince the electorate that he has intentionally lost his baggage (and it wasn’t even on a Delta flight)! The establishment has made it clear they do not want a President Gingrich and have done everything they can to blockade his progress. Part of the problem for Gingrich is that he has stood up to the establishment when he was Speaker and consequently he has alienated senior Republican leaders time and again.

While the GOP continues to duke it out, a new Wall Street Journal poll shows that President Barack Obama’s approval rate is the highest it’s been since May. And by the way, if you think the campaign thus far has been negative, wait until you see the general election. It will make the primary look like a beauty pageant!

In the final analysis, Super Tuesday will go down as the Big Fizzle! Some experts were predicting that Super Tuesday would bring super clarity to the GOP race. Now we see why true conservatives are hoping for a brokered convention. If you buy into the fact that the Republican party has lost their way over the past couple of decades than maybe – just maybe this could be a good thing! Perhaps it is time that the Republicans have a fisticuffs on the convention floor. Look at it this way, even if they lose the general election to Barack Obama, they can still win by repositioning their agenda, refocusing their vision, and revisiting their values. Provided there is a country left after Obama finishes his second term in office!!!

Well I hope this helps provide some clarity. Super Tuesday raised more questions that it did answers and at the end of the day it left us all a bit Super Confused!