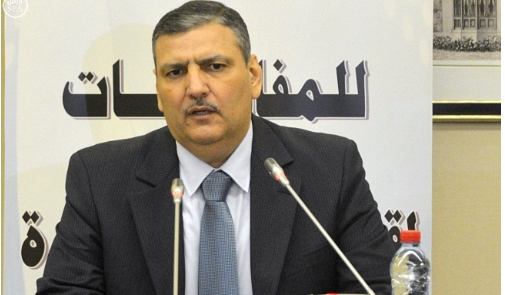 The Supreme Commission for Negotiations (SCN) held an emergency meeting in Riyadh to discuss the possibility of reaching a temporary truce agreement within which the forces allied with the regime will cease the hostilities they wage against the Syrian  people.

Following Dr. Riad Hijab’s briefing on his talks with the armed opposition from all the concerned fronts in Syria, an agreement was reached to cooperate with international efforts towards a truce in accordance with international mediation and under provision of UN guarantees, holding Russia, Iran and the militias allied to them, to cease combat. There must be a simultaneously declared truce, and a halt in artillery and aerial bombardment against  civilians.

The Commission emphasised that accepting a truce should be based upon honouring both the commitments undertaken to the UN and to the International Syria Support Group (ISSG) regarding the implementation of Articles 12, 13 and 14 of UNSCR 2254; which stipulate:  ending the blockades, enabling access for humanitarian aid to all those in need, releasing all detainees, ceasing aerial and artillery bombardment against civilians and civilian targets, and that all parties must immediately honour their obligations under international law, including international humanitarian law and international human rights law, as well as guaranteeing the return of displaced  persons.

Dr. Hijab expressed his doubts that the regime and its allies will commit to a cessation of hostilities, and will probably continue their campaign of repression, murder and forced displacement, as the only means by which to maintain the Assad regime in power.  Therefore, it is expected that the regime and its allies will pursue their efforts to derail the political process, attempting to evade the inevitable  outcomes.

In response to a question concerning the draft US-Russian agreement, Dr. Hijab stated:  “Our position is clear … we are doing our part in accordance with the ISSG agreement reached in Munich, acting within the authority delegated to us by the Commission.  The Commission will continue to hold discussions and consult with friends; and we will then in turn respond  formally.”

Dr. Hijab reiterated the Commission’s position, stating:  “We continue to be committed to the success of sincere international efforts to save Syrian lives and calling on all parties to the negotiating table.  However, we are also able to communicate with the regime in the language it understands, should negotiations  fail.”