As the Obama Administration spends millions of dollars to promote the Affordable Care Act (ACA), the Association of American Physicians and Surgeons (AAPS) recalls that this is not the first time that an expensive sales job is needed for a government medical scheme.

In 1966, Curtis Caine, M.D., wrote a letter to all of his physician colleagues in the state of Mississippi, warning of the consequences of Medicare. 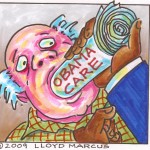 “Dr. Caine’s words were prophetic and apply just as easily to the current drive to complete the job that Medicare started,” states Jane M. Orient, M.D., executive director of AAPS. “That’s why we reprinted his entire letter in the current issue of our journal.” http://www.jpands.org/vol17no2/caine.pdf

When Medicare passed, Americans did not want to lose their private insurance and become dependent on the government plan. “By the end of 1965, 57% of those eligible for Part B of Medicare had not enrolled,” Caine wrote. “The bureaucrats frantically put on an all-out propaganda drive of deceit. Threats of the deadline of March 31 were utilized. Most agencies of the government, entertainment stars, governors, and many others participated.”

By January 31, 1966, 46% of those eligible still had not enrolled, so efforts were intensified. At least $2.5 million (worth nearly $18 million today) was spent to have “volunteers” call eligible persons to persuade them to sign up. The cost of mailings to urge acceptance of Medicare was more than $1.5 million (nearly $11 million today). Despite all this, more than 20% refused to sign up — until insurers, at the behest of government, cancelled all the “non-cancellable” policies held by persons over the age of 65, giving the government a monopoly on basic health insurance for this age group.

“The end game is monopoly, a.k.a. single payer,” Orient states. “Government pledges about a ‘level playing field,’ or being able to keep a plan you like, are not to be trusted.”

The Journal is an official publication of the Association of American Physicians and Surgeons (AAPS), a national organization representing physicians in all specialties, (www.aapsonline.org) which was founded in 1943 to defend the sanctity of the patient-physician relationship.