Flake currently represents the Sixth Congressional District of Arizona and is serving his sixth term in Congress. His opponent in the Republican Senate primary race is real estate mogul Wil Cardon.

“Our aim is to target Independents in Arizona to raise awareness about Congressman Flake and help GOTV for him in the primary at the end of August,” CAPE PAC’s Chairman Jeff Loyd said. 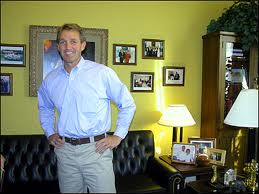 According to the June voter registration report from Arizona Secretary of State Ken Bennett, there are currently 3.1 million registered voters in the state. Approximately two-thirds of registered voters are either Democrat or Republican, whereas over one million are listed as “Other” or Independent. (For full June 2012 report, visit:http://www.azsos.gov/election/voterreg/VRcounts2012.htm)

“Unfortunately many of these Independent voters don’t realize their rights and that they can still get out and vote for whomever they choose.  Our efforts are aimed at helping to spread the word with Independents in Arizona about what a great Senator Jeff Flake will make. We hope to keep a seat in Arizona for the Republican Party, and help Flake become a strong, fiscal Conservative voice for The Grand Canyon State in the years to come,” Loyd said.

CAPE PAC expects to reach hundreds of thousands of Independent voters in the weeks leading up to the late August primary to help Flake get past the primary and head to election victory in November.

CAPE PAC has participated in various other elections through the United States, including Republican primaries in Indiana, Nebraska and Texas. The PAC uses digital media and broadcast/phone call campaign efforts to support strong Conservative candidates.

The Coalition of Americans for Political Equality Political Action Committee (CAPE PAC) is a non-profit political organization dedicated to restoring conservative values in the politicians elected to represent all citizens of the United States of America. Through the utilization of tools in the CAPE PAC advocacy center, CAPE PAC aims to assist an informed and active citizenry in their drive for change in the political landscape this November and beyond.