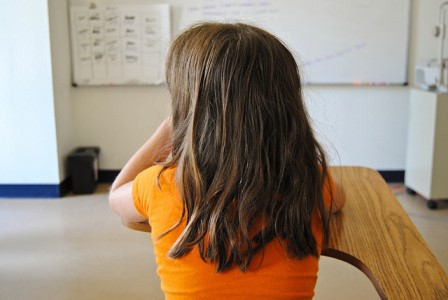 By Liberty Institute, Special for USDR

Liberty Institute recently sent a demand letter, on behalf of Dyer County High School student Kendra Turner to school officials for unlawfully punishing her for blessing another student who sneezed.

The letter seeks an apology from school officials who banned students from saying, “bless you” and other religious language while at school.

During a computer class on Aug. 18, a student sitting beside Kendra sneezed. In accordance with their family’s strongly held faith, Kendra’s parents taught her to say “bless you” when a person sneezes—which she did with little or no classroom disruption.

However, Kendra’s teacher disrupted the rest of the class to confront Kendra’s quiet use of the phrase “bless you.”

A classroom discussion followed during which the teacher forcefully explained that there would be no “godly speaking” in her classroom and sent Kendra to the principal’s office. Kendra met with a vice-principal who affirmed the teacher’s hostile action, stating no religious language is permitted in the classroom.

Subsequently, Kendra was sentenced to in-school suspension (ISS) for the remainder of the block period.

The letter asks for a public apology to Kendra, the exoneration of her disciplinary record, and the removal of the ban on the phrase, “bless you” at Dyer County High School.