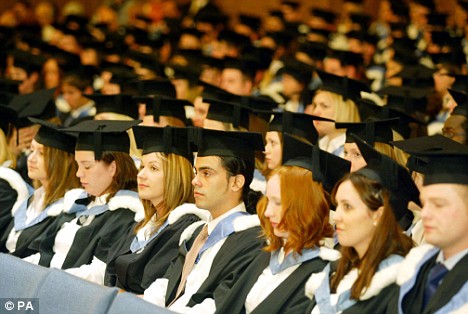 Judicial Watch, a public interest organization that investigates and prosecutes government corruption, announced today that it sent a letter to the Rhode Island Board of Governors for Higher Education (RIBGHE), calling on the State of Rhode Island to abandon a new illegal alien tuition policy impacting Rhode Island’s public institutions of higher education.

On September 26, 2011, the RIBGHE established a set of criteria by which students, including illegal aliens, would be eligible for reduced in-state tuition rates.  However, as Judicial Watch notes in its letter to RIBGHE Chairman Lorne Adrain, “Under federal law, unlawfully present aliens generally are ineligible for state or local public benefits, including post-secondary education benefits such as reduced tuition, unless a state has enacted a law affirmatively providing for such eligibility.”

Judicial Watch then calls on Rhode Island officials to reverse the policy:

“We understand that the Rhode Island Board of Governors for Higher Education (“RIBGHE”) recently approved changes to its current student residency policy that are intended to make unlawfully present aliens eligible to pay reduced, in-state tuition rates at Rhode Island’s public universities, colleges, and community colleges.   These changes appear to be in clear violation of federal law and must, therefore, be reversed.. There is no way to reconcile RIBGHE’s new policy with federal law.  The new policy provides a public benefit to individuals who clearly are ineligible for such a benefit under section 1621(a) of title 8, and Rhode Island has not enacted a law affirmatively providing for such eligibility under section 1621(d) of title 8.  In fact, we understand that the Rhode Island General Assembly rejected proposed legislation earlier this year that would have made unlawfully present aliens eligible for in-state tuition at Rhode Island’s public universities, colleges, and community colleges and that it has rejected similar proposed legislation in prior years.”

RIBGHE may not ignore federal laws when those laws are not consistent with its own policy preferences.  We hope that RIBGHE will reverse its new student residency policy immediately in order to conform its policy to the requirements of federal law.

The RIBGHE intends for this policy change to take effect at the start of the Fall 2012 semester.  This new policy will apply to all public universities, colleges and community colleges in Rhode Island.

“In-state tuition and other taxpayer-subsidized perks for illegal aliens are not only unlawful, they also make matters worse by inducing greater numbers of illegal aliens to cross the border in search of sanctuary,” stated Judicial Watch President Tom Fitton.  “If the rule of law means anything, not one single taxpayer dollar should be used to pay for the higher education of illegal aliens.  Quite simply, for public officials in Rhode Island (or anywhere else) to flout illegal immigration laws is a fundamental abuse of power.”