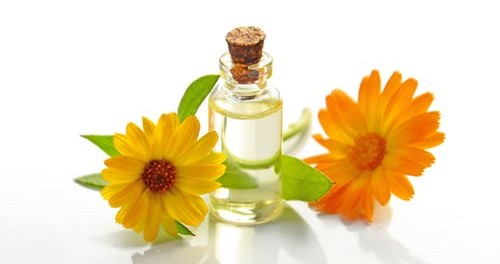 Have you ever heard of the CBD? In recent years, CBD has been very popular and has even been associated with miraculous healing effects on several diseases. CBD is the name of one of the compounds contained by cannabis plants. Researchers have analyzed the potential of their therapeutic use. One of them is in the form of oil. Oils containing CBD concentrations are known as CBD oil, but their concentration and use vary in different oils.

CBD is not THC
Until now; the most famous compound in marijuana is tetrahydrocannabinol delta-9 (THC), which is the most active ingredient in marijuana. Cannabis contains both THC and CBD, but each has a different effect. Many people think that consuming CBD can cause “high”. Of course this is the wrong view as the CBD has no intoxicating effect. It does not give any hallucinations and consuming as much CBD does not cause any change of mind. This is a fact that must be disseminated by anyone who feels that marijuana has hidden potential to improve the health of many people. In some countries, the CBD, especially CBD capsules, is still banned and this is a result of inherited misunderstandings (continuously). Yes, CBD has an influence on receptors but the effect produced will not change the mind or give hallucinations.

How they work
All canabinoids, including CBDs, bind to certain receptors in the body to produce their effects. The human body produces certain canabinoids themselves and still has two receptors for them, called CB1 and CB2 receptors.

CB1 receptors are found throughout the body, mostly in the brain, where they are related to coordination and movement, pain, emotions and moods, thoughts, tastes and memories, among other things that are less important. CB2 receptors are most common in the immune system, and they affect the inflammatory process and pain. CBD is believed to act on these CB2 receptors, but now, it seems that CBD does not act directly on any receptor, which has the effect of affecting the body to use more of its own canabinoids.

CBD is also being studied for its potential role in the treatment of epilepsy and neuropsychiatric disorders. A review posted in the journal Epilepsy, noted that CBD has anti-convulsive properties and low risk of side effects. Studies of the effect of CBD on neurological disorders suggest that this may help treat many of the disorders linked to epilepsy, such as neurodegeneration, neuronal injury, and psychiatric illness. The CBD has been studied for use as an anticancer agent. A review posted in the British Journal of Clinical Pharmacology notes that CBD appears to block cancer cells from spreading through the body (metastasis) by suppressing the growth of such cells and even killing them. They also noted that CBD can help treat cancer because of its low levels of toxicity. They are asked to be studied along with standard treatments for synergistic effects.

Is it true that CBD has benefits for the skin?

CBD has also long been associated with benefits for the skin. Is it true? What causes CBD to have health benefits for the skin? Our skin is a vital organ of the body. It facilitates a correct regulation of body temperature, together with the sense of touch that offers sensitivity, as well as fulfilling a protective function. However, for its optimal functioning, it is necessary to take care of it as it should. We must first ensure that the skin has enough nutrients to carry out its functions.

There are at least 3 skin conditions CBD can help:

It can be concluded that the reasons above are an explanation of why CBD, especially in the form of oil and cream, is highly recommended for improving skin conditions. But overall, CBD is also useful for dealing with other health problems such as stroke and cancer. Hopefully this article is useful to increase your knowledge.