Rick Perry is the greatest thing to happen to the state of Texas.

Did he make Texans look unintelligent? Sure. Close-minded? Certainly. But I don’t need to be in the pew every Sunday to know that Rick Perry’s presidential campaign was the best infomercial for Texas since Gunthy Ricker’s Pro Activ. 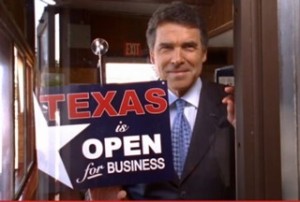 If you only remember one thing about Gov. Perry’s short-lived presidential campaign, it’s probably his now-notorious ‘Strong’ ad. If you remember another, it’s that Texas has no state income tax. It’s something he championed. He championed it hard. You could almost hear the shocked voices of 43 states, “What? No state income tax?!”

That’s right. It’s what Gov. Perry refers to as ‘The Texas Miracle.’

And miracle, it is. Keep in mind, as Rick Perry was delivering this no-state-income-tax news to the country, states like California were raising taxes on the wealthy by as much as 3%. What demographic was hit hardest by this? Small business owners. And, for them, Texas was looking a lot like the proverbial land of milk and honey.

This lack of state income tax, combined with a low cost of living and $100 oil, is bringing business to Texas in droves. Right now, 40% of all jobs in the United States are created here in Texas. And these jobs aren’t just at big-time oil companies, they’re all the way down to the service industry.

Unlike much of the US, Texas isn’t plagued with a deluge of foreclosures. Thanks to our state legislature, we have second mortgages rather than lines of credit. What? Second mortgages? Yeah, that’s right. But they are a pain to get.

In addition to being the Prestige Properties Editor of US Daily Review, she is also a contributor on the Price of Business on Business Talk 1110 AM KTEK, in Houston. Here is a recent interview.

Not only are the requirements strict, but they’re incredibly costly. Remember when you bought your home and had all those closing costs? Well, you get them again with a second mortgage. To put it mildly — the terms of a second mortgage “aren’t great.”

With our job and real estate market more stable than any other in the country, combined with low priced homes, and interest rates at an unbelievable 3.9%, we are a beacon for more business, more jobs, more stability, and, therefore, more people with more money who are looking for homes.

By now, you may be asking yourself, “So what does all of this mean?” Well, here’s another rhetorical question to ask yourself: What doesn’t it mean?

Okay, so maybe that’s a little dramatic. And, yeah, maybe calling it a “real estate boom” is a touch hyperbolic. We aren’t experiencing a boom in the traditional sense. But this actually works out in your favor — with little new construction, and no skyrocketing price appreciation, there’s just no real bubble to burst.

We’re on the roller coaster that only goes up. Albeit slowly, steadily, and stably.

So, back to your question, “What does this all mean?” It means check the listings. It means, if you’ve wanted to buy real estate and you’re in a position to do so, take a look. If you buy now, in a few years you’ll be the one bragging at the cocktail party about how you bought your house when the market was steady, and you got one heck of an interest rate.

Were we immune from this recession? Absolutely not. But if you have to ride it out, and we all do, Texas is the place to be. Like they say, “I wasn’t born in Texas, but I got here as soon as I could.” 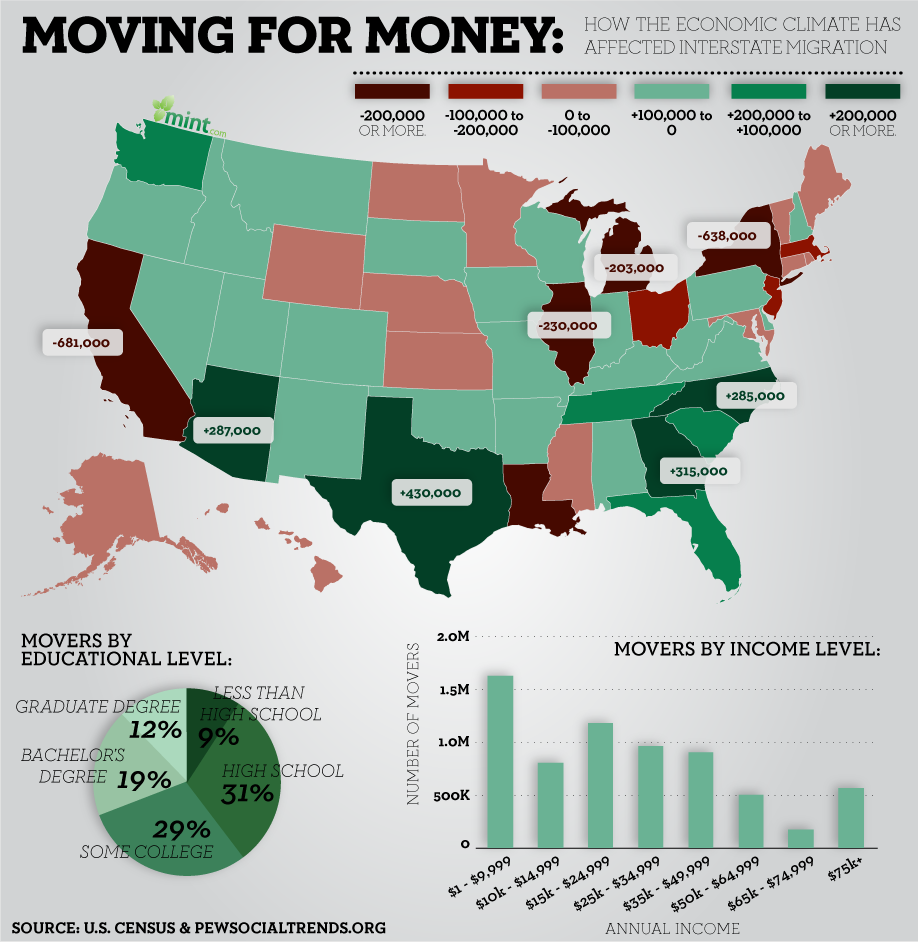 Sissy Lappin is the Prestige Properties Editor, Houston for USDR and has over two decades of experience in the industry. Learn more about her firm here.