By US Daily Review. Source: ACLJ.

The American Center for Law and Justice (ACLJ), which has been working to secure the release of Christian Pastor Youcef Nadarkhani, called Iran’s decision to imprison Pastor Youcef’s attorney, Mohammad Ali Dadkhah, “very troubling” – a move that puts the Christian pastor in greater danger. Dadkhah told a news organization that Iranian officials told him that he has been convicted of acting against national security, spreading propaganda against the regime, and is expected to be jailed soon. 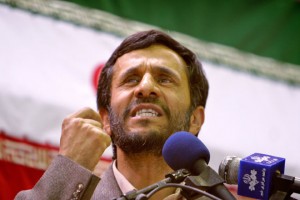 “The news that this renowned human rights attorney has been sentenced to prison by Iranian officials is very troubling,” said Jordan Sekulow, Executive Director of the ACLJ. “This development only reinforces the fact that Iran has no regard for basic human rights. It also raises further concern about the fate of Pastor Youcef. With his attorney facing nine years in prison, and no other lawyer likely to take the case, Pastor Youcef has no legal advocate, which places him at greater risk.”

This news comes as international pressure intensifies calling for the immediate and unconditional release of Pastor Youcef, who faces a death sentence for embracing Christianity. The ACLJ has confirmed that Pastor Youcef, who has now been imprisoned for 934 days, was alive as of yesterday.

The ACLJ launched a global Twitter campaign on behalf of Pastor Youcef and announced today that the Tweet for Youcefcampaign now reaches more than two million Twitter accounts worldwide. Pastor Youcef’s story has reached every continent and subcontinent, including more than 93% of the world’s United Nations member states.