A website called MyDivorcePapers.com gathered and calculated new data to see what the average age is of couples when they get married, and possible reasons for why that age is relatively high. The online divorce forms service also compared its findings to the total national average.

Seeing from the report that the average marriage duration of all MyDivorcePapers.com cases is 7 years, that makes the age at which the couples married fall at about 29 years old. In addition, 74.78% of these marriages that occur later in life are first marriages. It was determined the near 25% of subsequent marriages do not significantly lower the age of first marriage statistics. 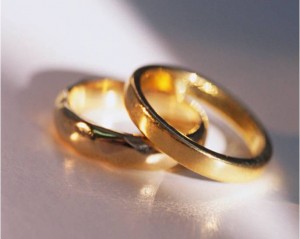 Researchers also found supporting data from national statistics and reasons explaining the rising age of couples first marrying compared to the historical average. An article from USA Today reports statistics from the U.S. Census, which states over the past 30 years, the ages at which young adults get married have been rising. The average age has risen from 26.1 for husbands, and 22 for wives, to the new national average of 28.4 for men, and 26.5 for women.

Some possible reasons the article puts forth for marriage delay are economical. Psychologist Howard Markman is paraphrased in the article as saying, “Young people now focus on their careers and economic stability more than in the past and he expects that to continue as more women than men seek higher education.” The article also proposes that the age will continue to rise over time. MyDivorcePapers.com will continue to research their user statistics to report new developments.