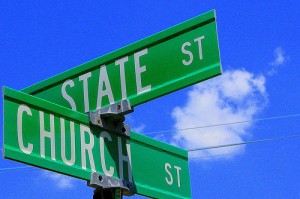 An ordained Lutheran minister (Lutheran Church-Missouri Synod) who was a teacher at the church’s school took medical leave mid-year. The teacher then violated church doctrine by suing the church to demand that she be restored to her teaching position immediately after the school had filled her position, instead of waiting until the following school year. The church rescinded her ordination because of her litigation, permanently disqualifying her under Missouri Synod rules from teaching at a church school. She filed an Equal Employment Opportunity Commission (EEOC) complaint because of it.

Of the case Ken Klukowski, director of FRC’s Center for Religious Liberty, said:

“President Obama’s EEOC argued that the Constitution provides no special protection for churches regarding their ministers, and ordered the church to reinstate the minister-teacher. But the Supreme Court unanimously held that there is a ministerial exception to federal employment laws in the Establishment Clause and the Free Exercise Clause, that the ministerial exception applies in this case and therefore that the federal government has no power to order the church to take her back.