Special by the Joint Economic Committee: Republicans. In US Daily Review

President Obama has cited billionaire investor Warren Buffett in his ill-conceived crusade to raise tax rates on high income individuals.   In advocating for a so-called “Buffett Rule” the President argued:  “Middle-class families shouldn’t pay higher taxes than millionaires and billionaires … Warren Buffett’s secretary shouldn’t pay a higher tax rate than Warren Buffett.  There is no justification for it.  It is wrong that in the United States of America, a teacher or a nurse or a construction worker should pay higher tax rates than somebody pulling in $50 million.”

In “Living Within Our Means and Investing in the Future:  The President’s Plan for Economic Growth and Deficit Reduction” released on September 19, 2011 the President states that “people making over $1 million should not pay lower taxes than the middle class.”    Leaving aside the harmful economic consequences of adopting the “Buffett Rule,” the President and Warren Buffett are just plain wrong on the facts. 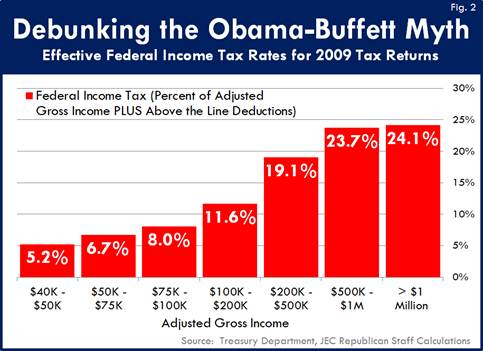 However, collectively only those groups of taxpayers with adjusted gross incomes above $100,000 pay a greater share of the income tax burden than their share of income. 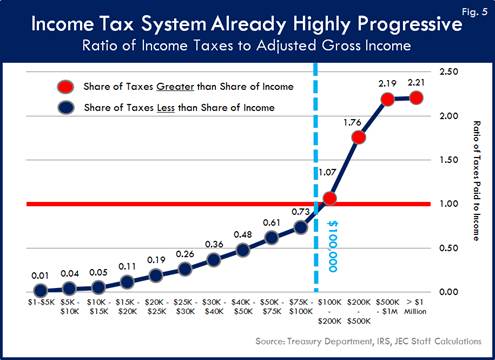 And if one looks at the returns of the top 400 taxpayers over time, the data demonstrates that while their average tax rate may have declined their share of the income tax burden has increased. 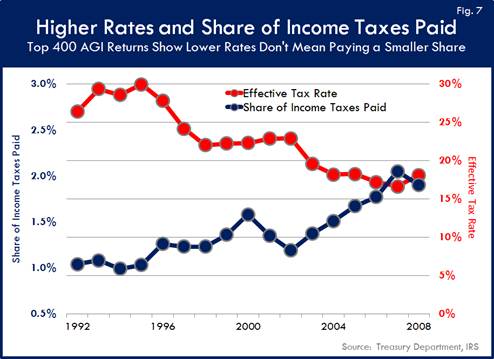