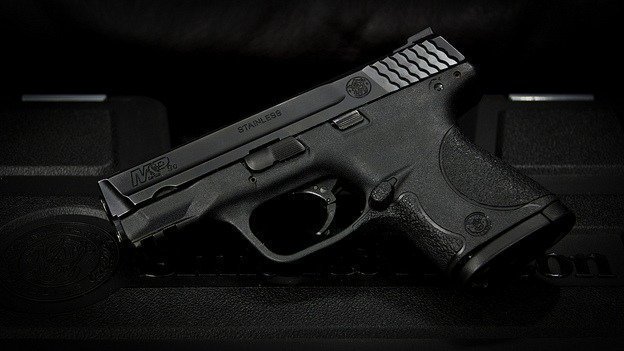 By CCRKBA, Special for  USDR

A Pennsylvania woman who would have been a delegate for Hillary Rodham Clinton at this week’s Democratic National Convention will instead be in court Tuesday to face charges of attempted murder in a case that suggests restrictive gun laws supported by Clinton have once again failed, the Citizens Committee for the Right to Keep and Bear Arms said  today.

The case involves former at-large Pennsylvania delegate Deanna Vicites. She was arrested after allegedly shooting and wounding her husband, Fayette County Commissioner Vincent Vicites more than a week ago. She resigned her post as a delegate last week. Another twist to the story is that she pleaded guilty to conspiracy to commit burglary some years ago and is reportedly prohibited from possessing a  firearm.

“If this case demonstrates anything,” said CCRKBA Chairman Alan Gottlieb, “it would be that all the gun laws pushed by Hillary Clinton and the Democrats didn’t stop the suspect in this case from getting her hands on a gun. But instead of trying to keep everybody from having guns, maybe it’s just Hillary’s delegates who should be  disarmed.

“However,” he observed, “just because you can’t trust people in your own party with guns doesn’t mean you can’t trust anybody with a gun. Clinton Democrats should not apply their standards to the entire population. Millions of responsible Americans own firearms. Of course, they’re probably not planning to vote for Hillary, because they’re as responsible with their votes as they are with their  firearms.

“What’s really disappointing is that the national media has ignored this story,” he said. “If this had involved a Republican delegate right before last week’s GOP convention, you can bet it would have been front-page  news.

“But the press, just as it appears with some DNC officials, are totally in the bag for Hillary and always have been,” Gottlieb stated. “It’s all about playing  favorites.”

SOURCE Citizens Committee for the Right to Keep and Bear  Arms