The ousting of former Egyptian president Mohammed Morsi by the army will have wide-ranging implications economically, domestically and regionally.

‘The immediate result of the Muslim Brotherhood’s failure to manage Egypt will be to weaken its global and regional programme and plans,’ writes World Review author Bernard Siman, leading economist and expert in Middle Eastern affairs.

A key failure of the Muslim Brotherhood government has been the economy. Foreign Direct Investment (FDI) dropped massively from more than US$13 billion in 2008, US$6 billion in 2009 to just US$2 billion in 2012. Tourism revenue, accounting for 11 per cent of Egypt’s GDP, has dropped by 40 per cent since 2010. And revenue from ships using the Suez Canal, another key source of foreign currency, has dropped from US$434.6 million in May 2012 to US$406.1 million in April 2013.

‘A reputation for mismanagement and incompetence is the worst possible regional outcome for the Muslim Brotherhood,’ says Mr Siman. ‘Arab citizens across the Middle East will now think twice before contemplating support for a political organisation which is seen as incompetent when solutions to youth unemployment, social cohesion, political reform and economic regeneration are needed.’ 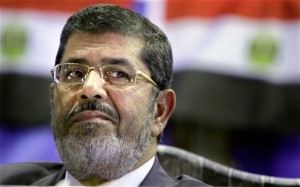 Morsi’s reign was short and bitter for most

Continued instability is the enemy of economic growth and investment and these indicators are unlikely to improve over the next couple of years. Investors will wait for clarity, certainty and stability before they commit funds.

Egypt’s economic recovery will also be affected by the attitude of Arab Gulf States – traditionally large investors in Egypt – towards any new settlement.

Furthermore, Egypt will have to re-establish the warm ties which existed with the Gulf States under President Hosni Mubarak’sadministration from 1981 to 2011.

‘It is clear that the regional reach of the Muslim Brotherhood will start to wane significantly as their experiment fails in the largest country in the Arab world’ says Mr Siman. ‘The longer the Egyptian crisis continues the more likely that it may lead to instability, violence and civil war.’