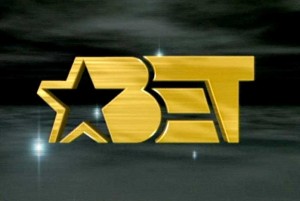 Normally a black celebrity could expect excellent treatment on the  BET Network.  That may not be the case, however, if that celebrity is a conservative and named Herman Cain. Nonetheless BET Networks is bringing, according to the company’s statement, “to air a deeper characterization of one the most controversial black political figures in contemporary America in an exclusive one-on-one interview special ‘The Curious Case of Citizen Cain’ premiering on Thursday, December 8 at 9 PM ET/PT. Cain talks in-depth for the first time to the black audience about what he calls “scams perpetrated on blacks” by liberal black leaders, his fiery brand of black conservatism, and the sex scandals that drove him from the Republican Presidential race. BET News retraces his unconventional rise to the top of the GOP presidential field, and his dramatic political descent. This half-hour special is part of a series of BET News specials the Network will produce bringing an African-American perspective to the 2012 Presidential Election cycle.”

Hosted by the Emmy-Award winning news journalist and former KTLA anchor, Emmett Miller, “The Curious Case of Citizen Cain” sets out to better understand what Cain and his new breed of black conservatism means to African-American voters and the broader political landscape; an area no one else has really questioned him about in his politics. BET News takes a look at Cain, a black man, who admits to avoiding the Civil Rights Movement, attacks the methods and motives of Jesse Jackson,Julian Bond, and Joseph Lowry, and openly embraces the Tea Party.  The special also focuses on Cain deeply exploring his own black experience and how it has shaped him over time, from emerging out of nowhere to becoming the first black candidate in American political history to lead a Republican presidential field.

Award-winning journalist, Emmett Miller, has won multiple Emmys for his breaking news coverage and broadcasts, among other notable awards in investigative reporting.

Log on to BET.com/News for exclusive video content, up-to-date coverage and compelling specials. With frequent updates on a wide array of topics including politics, finance, entertainment and more — BET.com/News is your destination for the latest in and around the country. Also, join the conversation about the special on Twitter by using hashtags: #BETNews.

“The Curious Case of Citizen Cain” is produced by BET News.